WWE Money in the Bank has delivered some of the most memorable moments in WWE history. Since the last 15 years, a handful of WWE Superstars participate in a ladder match to grab the briefcase that hangs high above the ring.

Here is our list of 5 unknown facts about Money in the Bank:

Out of these 24 winners, 20 had managed to successfully cash-in their contracts. With a success rate of 83%, the Money in the Bank winners are almost guaranteed a successful cash in.

The common scenario for Money in the Bank winners is to cash in their contracts after the Champion has just completed at a match or at a predetermined date. But there has been only one instance where the briefcase was cashed in during an ongoing match.

At Wrestlemania 31, Brock Lesnar and Roman Reigns faced each other in the main event. As they laid inside the ring exhausted, Rollins ran in to cash in his contract, making the match a triple-threat. The moment shocked the fans all over the rolled. Rollins pinned Reigns for the win and it was termed as the “Heist of the Century”.

#3 Longest and Shortest WWE Money in the Bank tenures

On the other hand, Carmella held her Money in the Contract for the longest duration – 287 days. Carmella surpassed Edge’s record by 7 days, when she cashed in her contract on Charlotte Flair in 2018.

#4 John Cena had a successful cash-in, but did not win the title

There have been only four instances where a Money in the Bank winner failed to successfully cash in their contract to win the Championship. These 4 unfortunate WWE Superstars are: John Cena, Damien Sandow, Baron Corbin and Braun Strowman.

But inarguably, the most unfortunate one involves 16-time WWE World Champion John Cena. On WWE Raw’s 1000th episode, CM Punk was the WWE Champion when Cena cashed in his contract. But Big Show interrupted the match and attacked Cena. The Leader of the Cenation was declared the winner, but as per rules a win via disqualification prevented Cena from getting the title.

A win in the WWE Money in the Bank ladder match, doesn’t guarantee the safety of the briefcase. There have been several instances where the winner had to put the briefcase on the line. In fact, the first MITB winner Edge, was also the first one to be forced to defend the briefcase.

Such matches have taken place six times. With the most recent one being in 2020. Otis had won the MITB ladder match but ultimately lost the contract to The Miz at Hell in a Cell, who ultimately went on to become the WWE Champion.

Also Read: FirstSportz Exclusive: Alberto Del Rio admits he was wrong and now understands, as a promoter, that WWE had nothing against him 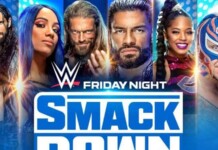 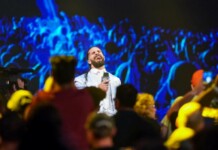 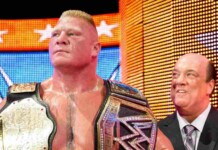