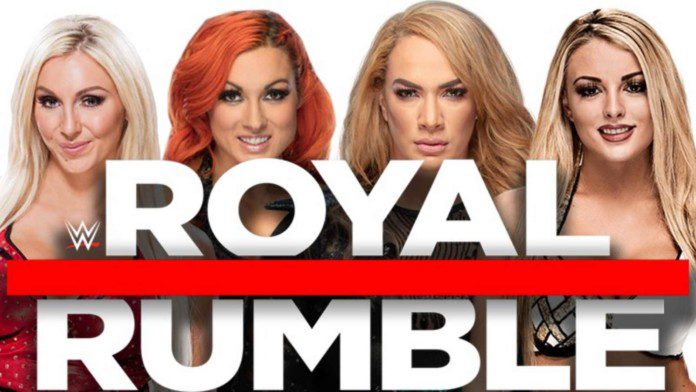 Over the years, the Royal Rumble match has seen a number of spectacular Rumble eliminations. Some, on the other hand, have risen above the rest of the pack by flipping over the most opponents in a single Rumble match!

The primary objective of the Royal Rumble, of course, is to win the match and earn a spot at WrestleMania. Sadly, not every Royal Rumble contestant will be able to do so. Gaining the most eliminations in a Rumble match is another method to assert your power.

Rhea Ripley performed for NXT in the women’s Rumble match in 2021. All through the match, The Nightmare showed a fantastic display, eliminating seven wrestlers.

Ripley lasted 39 minutes and 6 seconds, and she and Bianca Belair made it to the final two. Ripley lost to Belair, but it was a great night for both ladies because Ripley went on to win the Raw Women’s Championship contest at WrestleMania 37 by defeating Asuka.

Bianca Belair was one of several NXT performers who entered the 2020 WWE Royal Rumble and made an impression. Belair had struggled in NXT, never capturing the women’s championship. The Royal Rumble gave her the chance to show the WWE Universe that she was capable of competing in the top division. She didn’t leave much room for doubt.

Bianca Belair, the second woman to enter the match following Alexa Bliss, made an immediate impact. Belair and Bliss both demonstrated to be real candidates, as Bliss lasted 26:34 and Belair 33.20 minutes in the bout. Belair had eliminated eight women by the end of the match, aligning the record set by NXT Champion Shayna Baszler.

In the third installment of the women’s Royal Rumble event, Shayna Baszler made her Rumble appearance. Baszler wasn’t there to fill in the blanks; she was there to conquer the Rumble. The Queen of Shades was fresh off one of the best years of her career as one of the most successful NXT Women’s Champions in history.

As she entered the number 30 spot, Baszler was the clear favourite to claim the Royal Rumble. Baszler tied Michelle McCool and Charlotte Flair for the most eliminations in a single Rumble match with five. The Queen of Spades then smashed it with ease, eliminating eight opponents to reach the final two. Baszler, in all reality, should really have won the match, but Charlotte triumphed to claim her first Rumble.

So the current record for the most eliminations happens to be a tie between the two top-tier athletes – Bianca Belair and Shayna Baszler. However, with the 5th edition of the women’s Rumble match approaching, we might see these records break as big names have been announced for the match. What does WWE have in store for us? One must wait to find out.

Also Read: Throwback to the time when these fearless Women entered the men’s Royal Rumble Match

“At some stage, they will need to stop”: Mattia Binotto blasts...

Riddhi Mondal - May 18, 2022
The FIA have been stepping towards an entirely new era in the history of Formula 1, with new regulations on technicalities of the cars,...

Why was the practice of F1 Grid Girls banned? Will they...