“I hyped her a lot”; Bayley discloses handpicked opponent for herself after capturing the Raw Women’s Championship 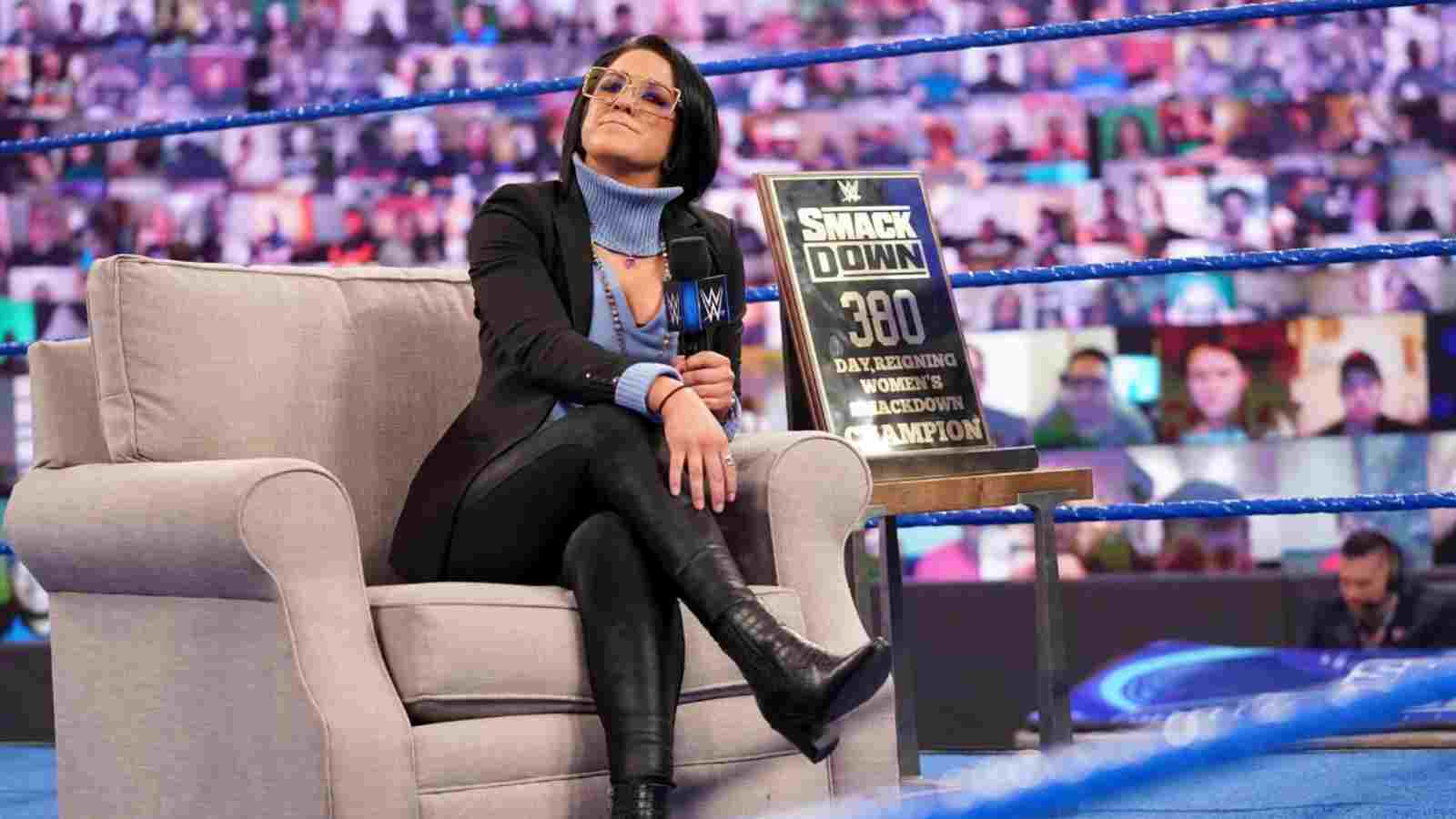 It’s been almost 2 months since Bayley made her return to WWE at Summerslam. She did ensure to bring some backup with herself to avoid any kind of catastrophe and by the looks of it, so far the decision has been proven absolutely correct. We saw how Dakota Kai and IYO SKY won those Women’s Tag-Team titles few weeks ago from Raquel Rodriguez and Aliyah and they’re flaring as a team so far.

On the other hand, the Role Model is determined to capture the top prize in the women’s division of the red brand. She will challenge Bianca Belair for the Raw Women’s title at Extreme Rules in a Ladder match, the first ever main-roster singles match to feature such stipulation involving women.

Actually, Bayley was the one who came up with this very idea on Raw this week and Belair readily accepted but she might overlook the fact that her opponent have the backup of Dakota and SKY by her side who can quickly turn the tables anytime for the Champ.

This will be the first Championship match that is going to feature Bayley since Hell in a Cell last year where she suffered a loss against the same opponent but for Smackdown Women’s Championship to a subtle change. It’s been a while since we saw any sort of Championship gold around the waists of our Role Model, but Extreme Rules next month might change everything for the leader of Damage CTRL.

RELATED : Bayley once disclosed the one thing that she is determined to achieve in the WWE

We all need to learn how to stay confident about your future endeavors from Bayley as she’s very optimistic about her win at Extreme Rules as a result of which she’ll become the new Raw Women’s Champion. During a recent interview with WWE Die Woche, the Role Model named the newest returnee Candice LeRae as the first opponent she would like to face for that title.

Bayley has been very open about her appreciation towards the Poison Pixie and now the former has been claiming that it was only due to those talks which made people care about Candice and made her return an instant success.

“Well, you know who would be number one I guess? Candice LeRae. She showed up, she won in like what? A minute-thirty seconds? (…) I know she’s gonna walk in here and think that she’s gonna take over this division because she’s super popular and she is trending and I hyped her up a lot so she can thank me. I mean, I probably got her-her job back, let’s be honest. I tweeted about her so much.”

The Poison Pixie defeated Nikki A.S.H this week in well under 2 minutes. She appeared to be impressive upon her return to the ring and gave a little glimpse of what the fans can expect from her in future. She’ll face Dakota Kai next week on WWE Raw.

ALSO READ : “She would destroy you”; When Ronda Rousey received a reality check had she ever fought Chris Cyborg