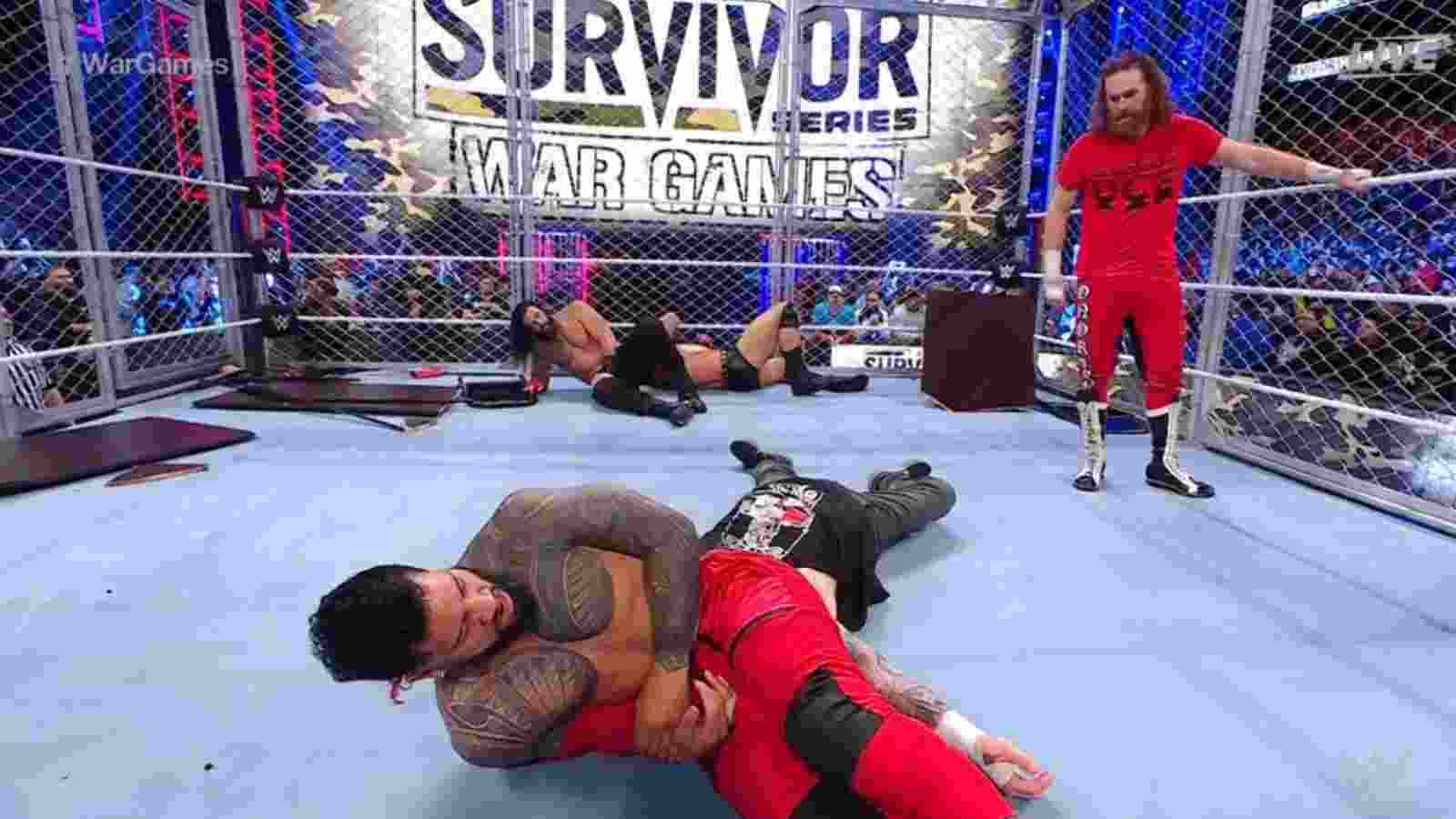 The Usos teamed up with the Tribal Chief, Roman Reigns, Solo Sikoa, and Sami Zayn to face the team of Sheamus, Ridge Holland, Butch, Drew McIntyre, and Kevin Owens. In a brutal Survivor Series WarGames match, the two teams tore each other apart, with the Bloodline standing tall in the end.

Jey Uso has been up with a wrist injury for weeks. At Crown Jewel 2022, the main eventer teamed up with his brother to defend the Undisputed Tag team Championships against the Brawling Brutes. Jey fought with his injury and the Usos ended up with a huge victory.

At Survivor Series, Jey Uso entered the double-ring caged structure with the same injury. Reportedly, Jey didn’t have a broken hand before the match. But, while setting up a table along with Sami Zayn and Jimmy Uso, he was heard saying that he may have broken his hand before the camera switched to a different angle.

There is no official update on Jey’s injury at the PLE yet. Though an injury for Jey would be very concerning collectively for the Bloodline, things may not be what it feels like. A minor injury could keep Jey out of action for a few weeks but a broken hand may force the Usos to relinquish their titles.

In a shocking turn of events, Sami Zayn betrayed his former friend, Kevin Owens in the WarGames match. After a low blow and a Helluva kick, the former Universal Champion was left disheartened. With his attack, Zayn proved his loyalty to the Bloodline and removed all the doubt from Jey Uso’s mind.

But reports of Kevin Owens and Sami Zayn’s reunion has been roaming around the internet for months. With a betrayal, the storytelling from WWE is now fantastic. A reunion after betrayal could work perfectly for future storylines and could help both men to enhance their performances.

ALSO READ: “Nobody Give A Sh**” Roman Reigns Opens Up on His Rivalry With Brock Lesnar

As per recent reports, a reunion will be followed by a tag team match against the Usos. After Jey Uso has acknowledged Zayn, a betrayal will lead to a great tag team storyline. WWE has reportedly pitched Owens and Zayn as the ones who will defeat the Usos for the Undisputed WWE Tag Team Championships. After great storytelling lately, it will be very interesting to see how things work out.