“I don’t want to fight you”: Kevin Owens and Sami Zayn come face to face after a shocking betrayal at Survivor Series WarGames 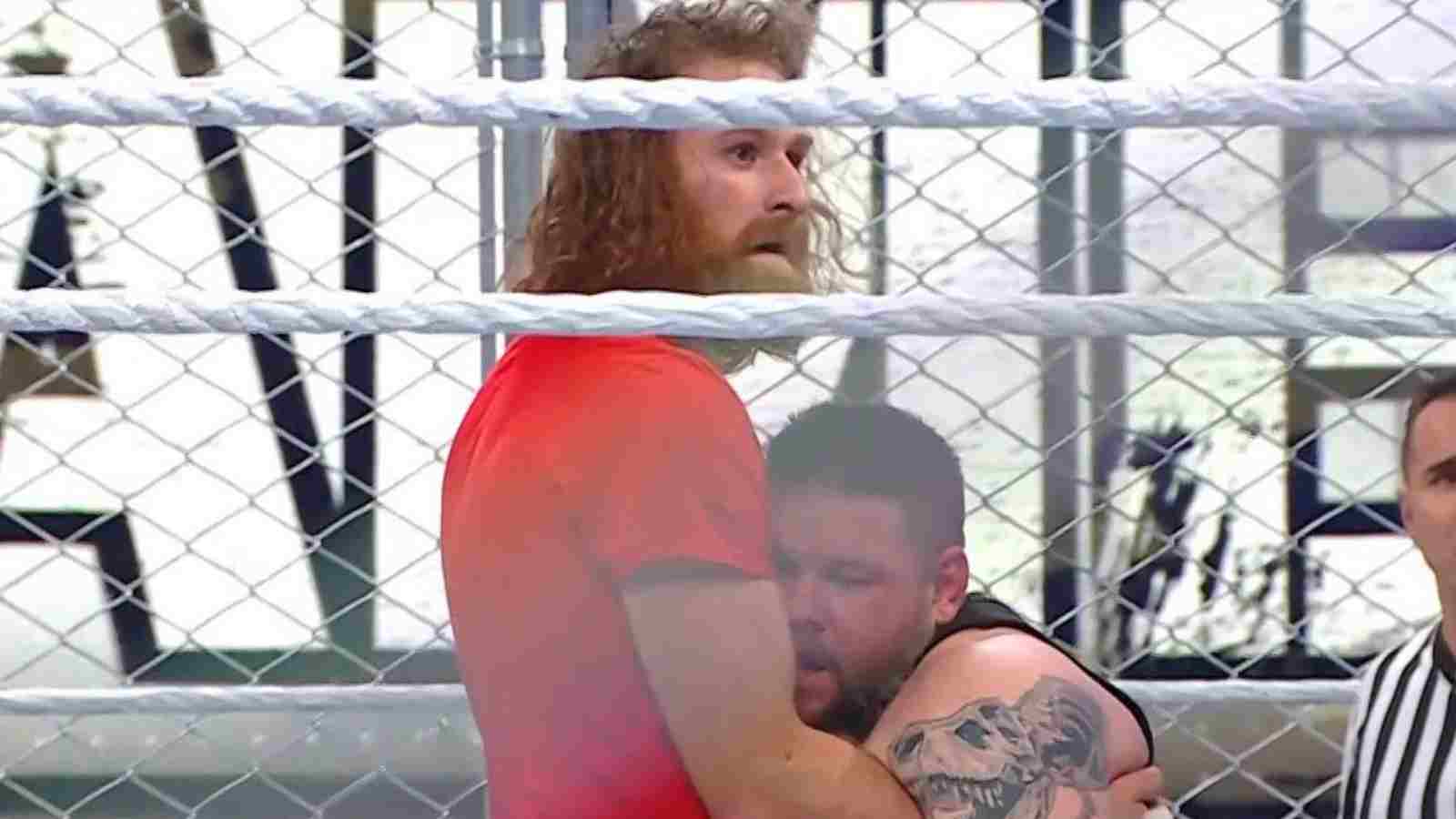 With numerous questions for the Bloodline heading into WarGames, Sami Zayn answered all of them in the end. In a shocking turn of events, Zayn betrayed his former friend, Kevin Owens, proving his loyalty to the Tribal Chief, Roman Reigns, and his cousins. Jey Uso acknowledged Zayn as the Honorary Uce ending Survivor Series on a high note.

On Monday Night Raw this week, the Bloodline, except Roman Reigns, came out and addressed the WarGames match. Owens then entered and said that he understood why Zayn chose the Bloodline over him. The Prizefighter said he had betrayed his friend a lot of times. Owens said he didn’t want anything to do with Zayn after his attack at Survivor Series 2022. Zayn also said he didn’t want to share a room with Owens as well.

The Prizefighter said he was happy about Zayn’s success and increase in popularity. He then explained to Zayn why the Bloodline could betray him any time of the week. Jey Uso then stood up for the former Universal Champion and promised to pin him again on Raw.

In the main event of Raw, Owens and Jey battled in a grueling match. The two men tore each other apart in a match after going through a war at Survivor Series. In a shocking fashion, Kevin Owens defied all the odds and ended up victorious.

ALSO READ: Dexter Lumis battles the way to his money and a WWE contract on Monday Night Raw

With numerous reports from different sources, it seems confirmed that Kevin Owens will challenge Roman Reigns for the Undisputed WWE Universal Championship at Royal Rumble 2023. But things won’t end there. A possible betrayal from Sami Zayn on the Bloodline could be the turning point.

Reports of Kevin Owens and Sami Zayn reuniting hint towards a betrayal from Zayn at Royal Rumble 2023. Owens and Zayn are rumored to face the Usos for the Undisputed WWE Tag Team Championships at WrestleMania 39. With a couple of fantastic matches lined up for the two men, fans may expect bangers from the two men. It will be intriguing to see how WWE books Sami Zayn’s betrayal for the Bloodline.