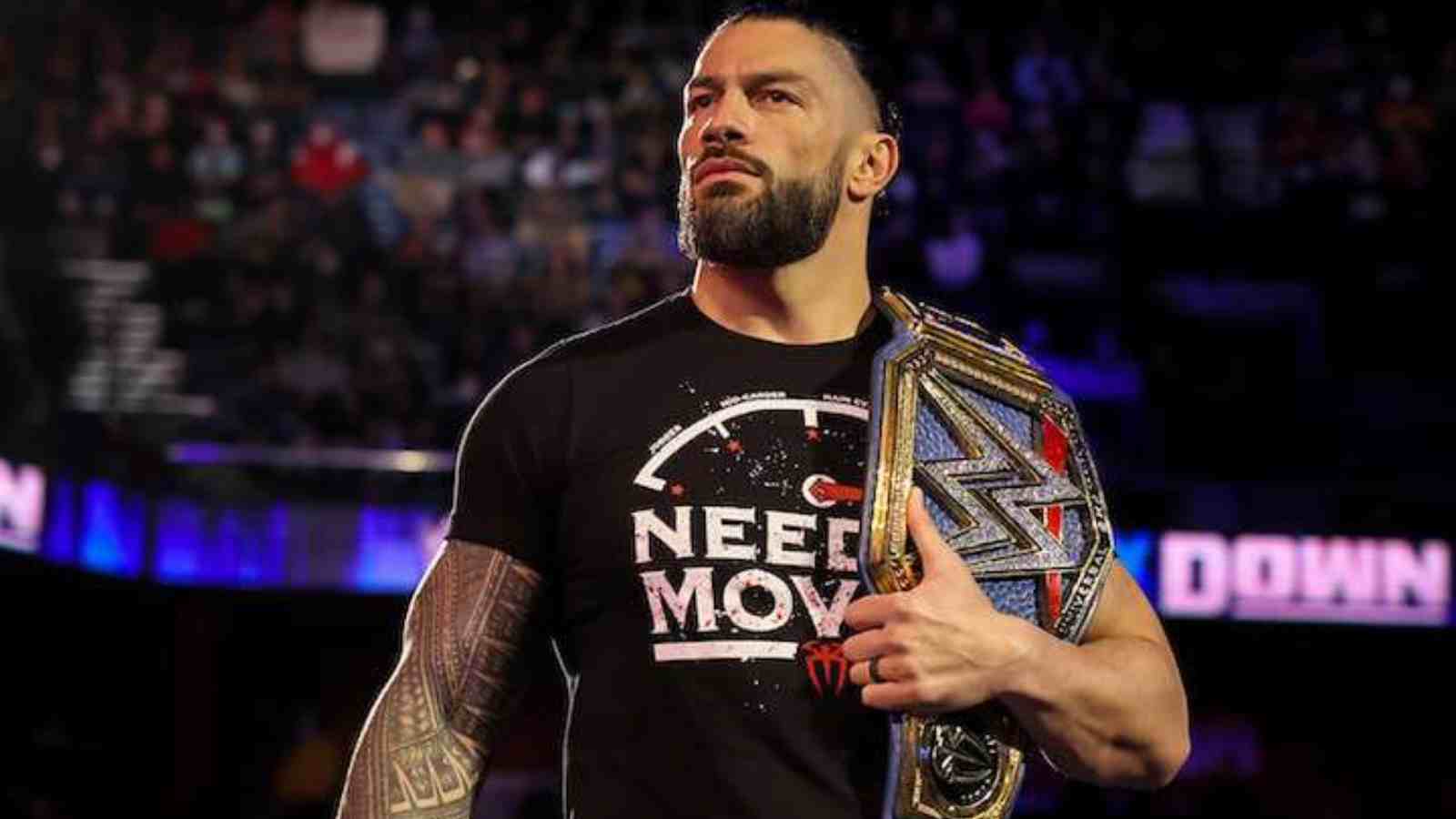 The current Undisputed WWE Universal Championship Roman Reigns is bent on a run of annihilation as things have stood out over the past few years. He recently crossed the four-digit mark without getting pinned in WWE, an achievement some only can think of.

Legends, or be it the current best stars, Reigns have just dominated each and everyone of them and have proved just an appetizer for The Tribal Chief. Even Brock Lesnar failed to get the better of Roman despite being coming back with a purpose to end Roman Reigns who had Paul Heyman by his side for a change.

Reigns’ assumed to be biggest threat, the Scottish Warrior Drew McIntyre came up short against him two weeks ago at Clash at the Castle following an unprecedented arrival of Solo Sikoa who pulled out referee’s leg out of the ring on the penultimate count.

Next week on Friday Night Smackdown, the Bloodline revealed Sikoa as the latest addition to their stable strengthening the group further. This week on NXT, Solo Sikoa defeated Carmelo Hayes to win the coveted NXT North American Championship and it will be interesting to see whether he carries that belt on Smackdown as well or not.

RELATED : “Huge ASTERISK next to my name” Roman Reigns discusses how his NFL career finished before it started in 2007

Logan Paul could be next in line to challenge Roman Reigns

The Social Media influencer and recently turned WWE superstar Logan Paul is reportedly being considered to be a part of big money-feud with The Tribal Chief very soon. As seen on his Impaulsive Podcast where Roman Reigns was his guest, there were some tensions between the two that later turned into a Twitter spat between Paul and Paul (Heyman though).

Yesterday, all the shenanigans somehow popped up into the timeline of Triple H and he decided to turn out the things his way and he extended an open invite to The Maverick on tonight’s Smackdown episode and it has been made official by WWE as well.

Also, Dave Meltzer has provided an update on all of this and has suggested that by the looks of it, WWE is clearly heading towards a Reigns/Paul showdown at a somewhat bigger stage, most probably at the Crown Jewel premium live event.