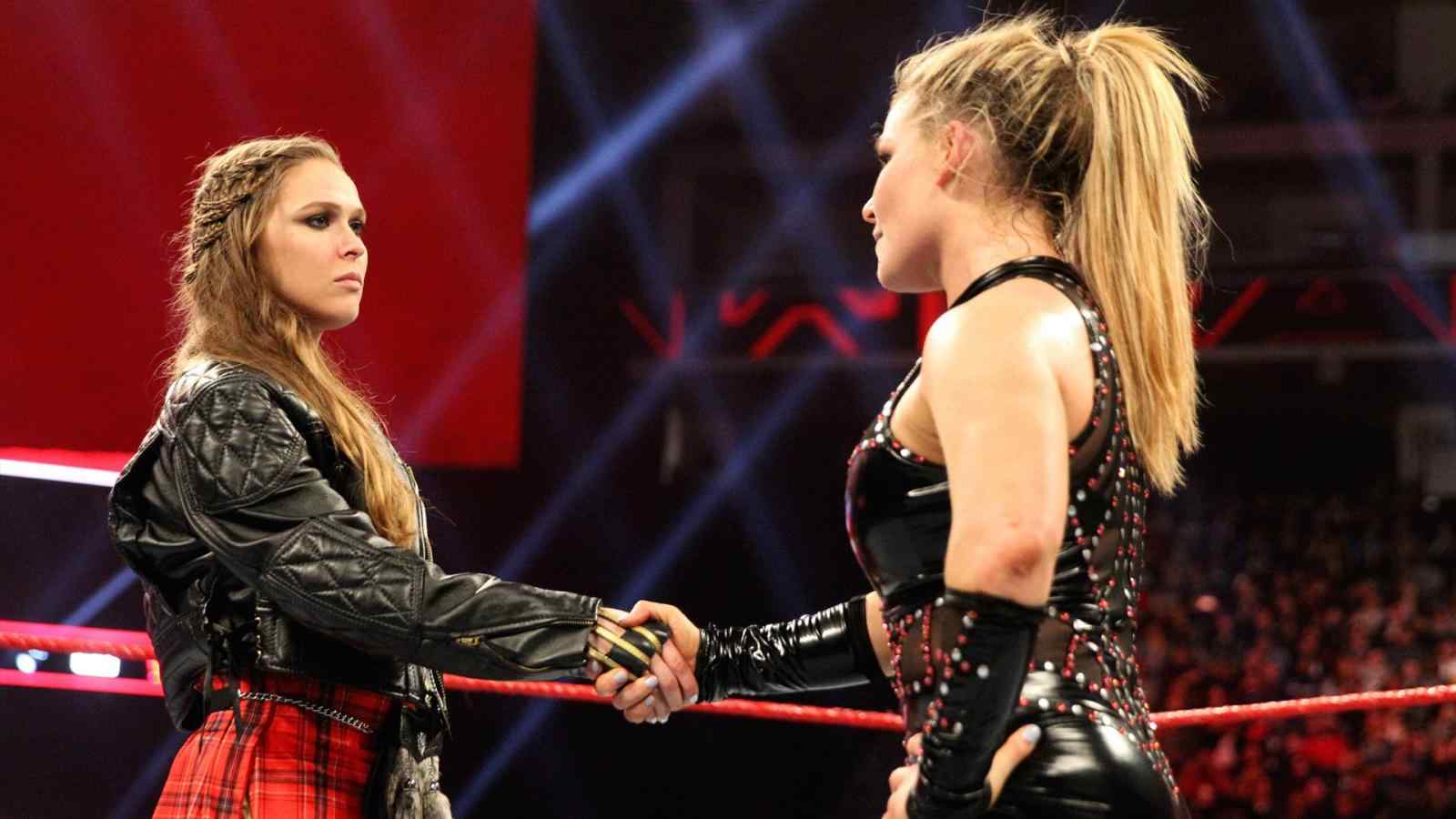 The Baddest Women on the Planet and current Smackdown Women’s Champion Ronda Rousey is set to make her next title defense in less than 2 weeks time where she’ll face her former friend Natalya at the Money in the Bank premium-live-event. This will be Rousey’s second championship defense after she won the title from Charlotte Flair in an “I Quit” match back in May.

Natalya has been in WWE since 2008 which makes her a respected veteran of the company in many ways. The business is in her blood as she comes from a highly reputed wrestling tradition known as the Hart Dynasty the predecessors of which were WWE Hall of Famers Bret “The Hitman” Hart and Jim “The Anvil” Neidhart.

Her battle against Ronda Rousey at Money in the Bank would not be just a normal wrestling match, moreover it will be a contest of carving out mutual respect as well as the clash between The legendary Sharpshooter going against Rousey’s armbar.

Natalya recently appeared on WWE’s The Bump where she spoke on various things in addition to her upcoming Championship bout against the former UFC Bantamweight Champion, Ronda Rousey.

She said, “As far as respect goes, though, you look at the Sharpshooter, you look at the armbar. You look at the history of those two submissions. Ronda perfected her submission in one end of the world, in one sport. And I perfected mine in another,” Natalya said. “But I have the respect of the sport. I have the respect of the female locker room, and I’m gonna beat some respect into Ronda Rousey at Money in the Bank, and there’s not a damn thing that she’s gonna do about it.”

Natalya also underlined the history of each other’s submission maneuvers saying that Rousey groomed and established the armbar in her sport whereas she herself prioritised and perfected the legendary Sharpshooter in WWE. She even said that Rousey doesn’t respect the wrestling industry but on the other hand, Natalya has the respect of her entire Women’s division.

As been known by many of their following worldwide, Natalya alongwith her sister have a YouTube channel named The Neidharts where they upload various videos taking up funny challenges and doing some weirdo on-camera stuff especially her sister Jenny in particular which sometimes could feel age- sensitive to a particular category of people watching their content.

Taking a massive dig at The Neidhart sisters YouTube channel, Rousey made some brutal comments on Twitter calling it the “discount onlyfans sister fetish YouTube channel”.

This dig will certainly fire up the anger within Natalya so as to rage against Rousey and take her Smackdown Women’s Title by any how. Their match is scheduled for July 2nd at the Money in the Bank event emanating from the MGM Grand Garden Arena.