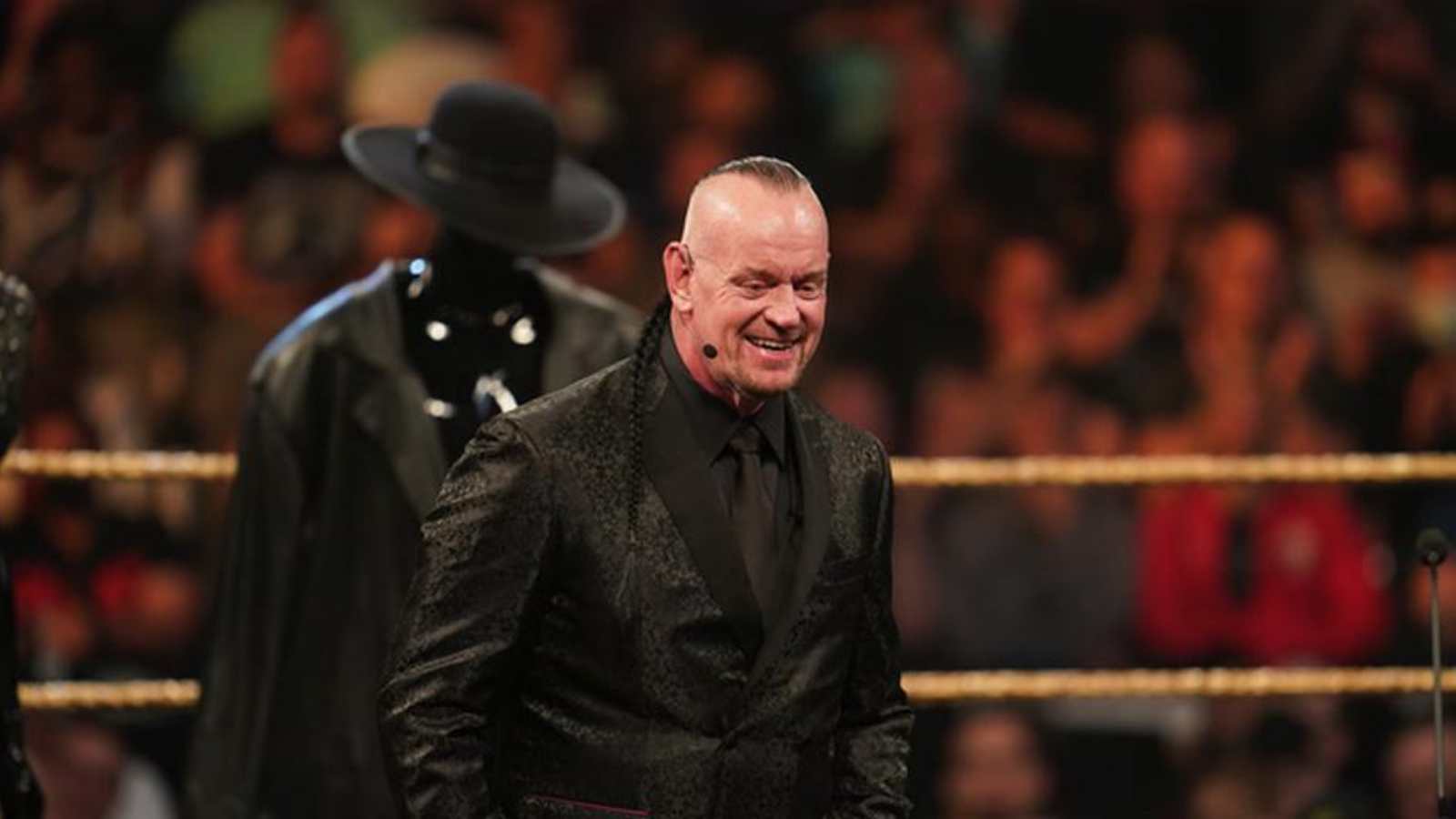 The Undertaker at the Hall of Fame ceremony

The Undertaker is one of the greatest men ever to have set foot in the squared circle and is the most iconic characters ever to have created in the wrestling industry. The Undertaker’s popularity is practically universal, and the WWE Universe would go insane even if the gong struck after 10 years. The Deadman was an amazing workhorse in the organization and has the best wrestling ability ever. Taker had it everything, from mic skills to wrestling prowess, and he played the part very effectively for 30 years.

The Undertaker retired from the wrestling industry in 2020, He made it official at the Survivor Series 2020 by appearing at the event exactly 30 years after his debut. He said that the Undertaker has to rest in peace and then kneeled towards the holograph of his now deceased manager Paul Bearer. The Deadman’s last match in WWE was against AJ Styles, which was filmed in a cinematic style and was dubbed as a Boneyard match.

The Undertaker was inducted into the hall of fame in 2022 and he headlined the class of 2022. The Induction ceremony was held on April 1 and The Undertaker gave a long speech, where he thanked many people who were instrumental in his success throughout the years but he forgot to mention a few names such as Mick Foley and Edge, so the speech was met with some criticism.  At the end of the speech taker donned his attire and said that Never say Never, indicating that he’s retired but not done with wrestling.

During an interview with Graham Matthews of Bleacher report in July, Taker was asked by Graham about the quote at the end of the Hall of Fame speech to which he said that the mission has been accomplished but never say never, while also adding that he has no aspirations of stepping in the squared circle again but that it is WWE and you just never say never.

There are many action figures of different wrestling personalities available, and the WWE action figures are especially well-liked. The Undertaker also has action figures from various eras and owns all of them, saying that being able to step away on twenty of them in the middle of the night is on another level. He was apparently alluding to the fact that his kids play with action figures, throw them around, and don’t clean up the mess of many figures after playing with them.

“I have every action figure that’s ever been done of me… To have one [action figure] was incredible, but to be able to step on at least twenty in the middle of the night, it’s just next-level stuff.”

The Undertaker was at the comic con along with Cody Rhodes, Ciampa and Zelina Vega.

ALSO READ: “The women felt there is going to be more focus on them” – WWE Women’s Division feels protected under Triple H’s plans