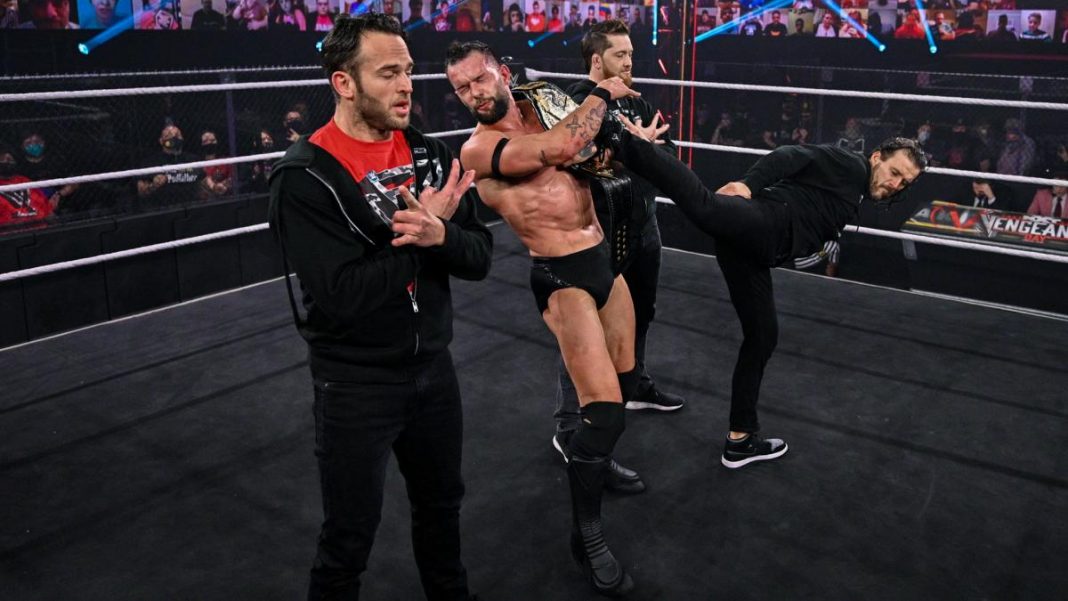 The show kicked off with the Women’s Dusty Cup finals. This was the first women’s Dusty Cup tournament, and the winning team earns a WWE Women’s Tag Team titles opportunity.

Gonzalez and Kai were the first ones to make their way to the ring. Moon and Blackheart came together in Shotzi’s tank. They wore matching outfits and had matching green hair. The match kicked off with Shotzi and Raquel. Raquel hit a shoulderblock, and Moon was tagged in.

Ember and Shotzi tried to double team on Gonzalez but they were ineffective. Kai was tagged in. she went for the Helluva Kick, but Blackheart blocked and got control of the match. Gonzalez distracted the referee and he couldn’t see the tag between Moon and Blackheart. Confusion was followed by an argument.

Raquel powerbombed Shotzi into the plastic rink. Soon Moon and Blackheart got some momentum and kept on attacking Gonzalez. But, Gonzalez kicked out every time. She finally threw Kai onto Shotzi followed by a chokeslam to pick up the win.

Kushida made his entrance. While Gargano was waiting backstage, along with The Way, Theory got taken out by Dexter Lumis. Kushida tried the Hoverboard Lock as soon as the match began. Gargano got a rope break.

The Champion hit a kick off the apron, to take down Kushida. Kushida responded with a flip into a Falcon Arrow. He followed with a chicken wing suplex and tossed him back into the ring.

Gargano countered with a punt on arm and did a “look at my watch” taunt. A double clothesline followed. Kushida charged and punted Gargano in the arm. He went for a MMA style armbar, but Gargano sent Kushida throat first into the ropes.

This was the GYV’s second consecutive finale appearance for the Dusty Cup. As the match began, GYV’s strategy was clear. They kept the MSK away from each other and on the ground. Nash Carter reversed a suplex, but t a distracted referee allowed the GYV’s to double-team on him.

MSK fought back as they hit a slingshot onto Gibson. GYV countered with a Doomsday Device and went for the cover on Gibson, but Drake broke it up. Lee broke a Tombstone attempt on Carter followed by a leaping Blockbuster onto Drake, as MSK picked up the win.

Even before the ring introductions were completed, Io was attacked by Martinez. Martinez is thrown out of the ring as Shirai and Storm brawled. Martinez returned with a forearm to the face on Toni.

Toni Storm hit a Diving headbutt onto Martinez and went for the pin. But Shirai hit a Moonsault out of nowhere and pinned Martinez to pick up the win. Shirai retained her Championship.

The match started off slow, with Finn getting a wristlock. Dunne tried to counter with a monkey flip, but Balor held on. Dunne soon started attacking the injured body on Balor. He went for the arm, jaw and the fingers.

Balor soon broke free. He bent Dunne’s leg and also ensured his jaw and arm were out of reach. Dunne’s strategy was clear, to attack Balor’s fingers, which he had broken earlier. Balor continued to counter.

He went for the Coup de Gras but Dunne grabbed him mid air into a triangle hold. Balor looked like he had passed out. The referee checked and continued the match. Dunne stomped the fingers and went for the Powerbomb. But Balor countered into a DDT.

Balor pulled out Dunne’s mouthpiece. A Coup de Gras followed by a 1916, as Balor picked up the win in this brutal match. Lorcan and Burch came out and attacked Balor. The Undisputed Era came out. They helped Balor up. 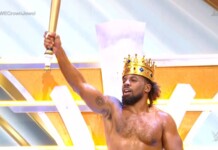 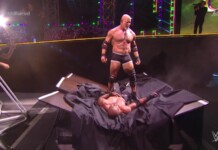