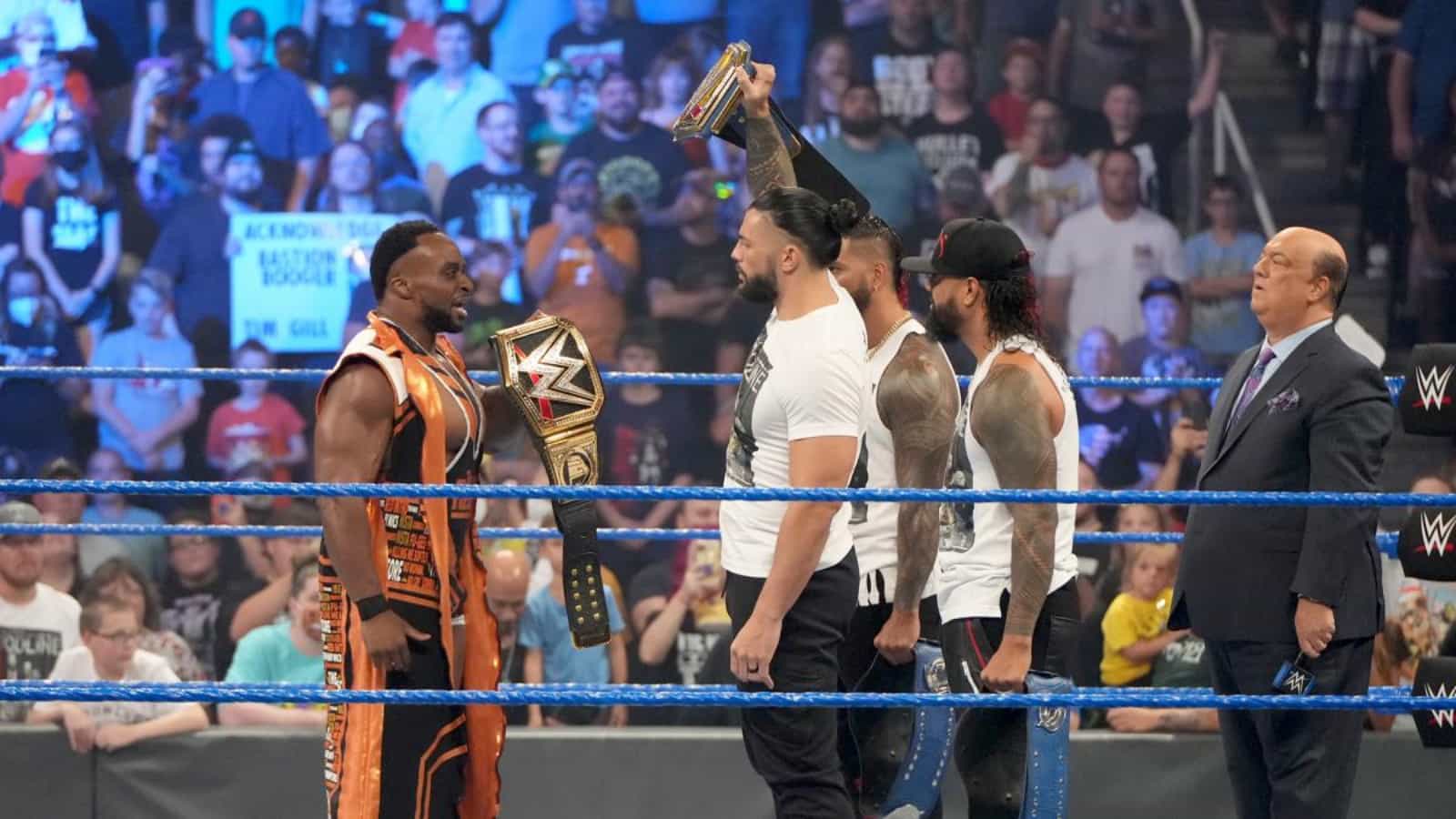 WWE Raw live results: The Universal Champion Roman Reigns will be in action on Raw, for the go-home episode of Raw, before WWE Extreme Rules 2021. The episode could see several stipulations get announced for the Extreme Rules matches.

Stay tuned for the live updates from the Red brand.

The New Day began the show with their celebration. Big E thanked everyone for their support and also thanked the late Brodie Lee. The Bloodline then entered the arena when the WWE Universe was hyped up for the six-ma tag team match.

Jey then tagged in but ran shoulder first into the post when Jimmy came in. Kingston delivered a double stomp on the chest of Jimmy when both the world champions were tagged in. Big E and Reigns exchanged blows when the former delivered suplexes. Reigns then fought back with a slam and locked in for the superman punch but the WWE Champion countered with a slam and a big splash.

The match started with Marie going after Doudrop’s eye but the later delivered a slam followed by a crossbody to get the win.

The match started with both the men trying to take each other down when Orton attempted for the RKO. He then delivered a suplex and then landed stomps on the body of the Phenomenal one. The referee then barred Omos from ring side when Styles used the distraction to take Orton down.

Styles then delivered the Pele kick for two counts and then went for the Styles splash but the Viper countered. He then called for the phenomenal forearm when Orton countered with a middle rope DDT followed by the RKO to get the win.

The match started with Shayna applying the kirafuda clutch which choked Nia out.

The match started with Garza taking Mansoor down with his skills when Mustafa Ali came in and ran into a dropkick followed by a loss.

Natalya and Tamina started the match with dominance on Nikki when Tamina went for a splash but the former Women’s champion brought her knees up. Outside the ring, Ripley delivered a riptide on Tamina when Nikki rolled Natalya to become the new champions.

Raw Women’s Champion Charlotte Flair visited Alexa’s Playground and said she wanted her challenger to end her mind games. Flair then said that she wanted the old Alexa Bliss back while Bliss was busy with Charly. Flair then claimed she will beat some sense into Bliss at Extreme Rules. Both the women then started making fun of each other followed by a brawl breaking out.

Jeff Hardy started the match with high-flying actions when Sheamus caught him and countered with a slam. Sheamus then took over control and delivered a clothesline for two counts. Hardy then rolled Sheamus to pick a victory.

All the three men attack each other before they can make it into the ring. The match started with Reigns delivering a Samoan drop to Big E and went for a drive by to Lashley but the latter countered and flattened Reigns on the apron. Big E then delivered suplexes to Reigns but Lashley drove him into the barricade.

Reigns delivered a superman punch to Lashley when Big E delivered a spear through the ropes. to the tribal chief. He then delivered the big ending and went for the pin but Lashley attacked with a chair. Reigns then speared him to get the win.