WWE Raw live results: This is the final episode of WWE Raw before the upcoming PPV – Crown Jewel. We will be getting a final push for the PPV, but at the same time, we will also get the second finalists for King of the Ring and Queen’s Crown tournaments.

Stay updated for the live updates from the Red brand.

The match started with both the women trying to take each other down and showing their athleticism when Belair drove Flair into the turnbuckle. Flair fought back and tossed Belair over the commentary table. Flair then delivered a kick to the athletic moves of Belair taking her down mid-air. Belair though turned the tables around with a moonsault followed by a huge vertical suplex for two counts. Flair then fought back and delivered a huge powerbomb to Belair for two close counts.

Flair then delivered a huge moonsault to Belair but the latter was again able to kick out of the pinfall. The WWE Universe then started chanting ‘This is Awesome’ when Belair slammed Flair into the ring mat. Flair then tried to lose the match via count out but Belair didn’t accept the way and tossed her over the commentary table. Flair then fought back with a right hand and then took Belair out with the moonsault. Flair then speared Belair into the mat but Belair shocked the Queen with another kick out. In the end Flair attacked Belair with a steel chair to end the match with the Raw Women’s Championship.

Doudrop started the match driving Baszler into the turnbuckle using her size and power. The Queen of Spades then targeted the leg of Doudrop when the latter delivered an overhead suplex to Baszler. Doudrop then delivered a cannon ball to Baszler when the latter applied the kirafuda clutch but Doudrop turned it into a pinfall to get the win.

The match started with Riddle using his power to take Ford down when the latter rolled the original bro for one counts. Ford then applied the side headlock on Riddle when Dawkins came in. A double team took Riddle down for one count when Ford came back in. Orton came in and used his experience to take Ford down and tagged Riddle back in. The Original Bro delivered an overhead suplex to Ford when Dawkins came in and used his athleticism to take Riddle down.

Dawkins delivered a slam to Riddle and went for the cover but the champion was able to kick out. Riddle then fought back and delivered the ripcord knee when both the artners came in. Randy Orton delivered the power slam followed by the middle rope DDT when AJ Styles’ music hit. From behind, the Styles delivered a phenomenal forearm to Orton and ended the match in disqualification. Omos then took Riddle and Ford down.

The match started with Alexander using his power to apply the side headlock on Mansoor followed by some vicious strikes for two counts. Mansoor then fought back with a huge kick to Alexander followed by a neckbreaker to get the win.

The Match started with Big E taking Ziggler down with his power when McIntyre came in to deliver a vicious chop to the show off. Ziggler then fought back with a cheap shot on the eye of the Scottish warrior when Roode came in to deliver some power strikes. McIntyre then fought back with a suplex for two counts. Big E then came in and delivered an elbow to the glorious one. Big E then went for the splash on apron but Ziggler pulled Roode out of it.

Ziggler then tagged himself in and used his experience to keep Big E down. Ziggler delivered a neckbreaker to Big E and tagged Roode in who delivered a neckbreaker of his own for two counts. Ziggler came back in and went for a tornado DDT but was droven face first into the ring mat. McIntyre then came in and tossed the newly tagged Robert Roode across the ring. McIntyre took both Ziggler and Roode down with his power but got distracted. Ziggler tagged himself in and delivered an elevated famouser for two counts. Big E came in and picked Roode for the big ending to get the win.

The match started with Theory mocking Hardy when the latter rolled him for two counts. Hardy delivered a dropkick to the face of Theory when the latter drove the legend head first on the apron. Hardy then fought back with the basement dropkick followed by a big splash for two close counts. The Charismatic Enigma then nearly put Theory through the barricade followed by an attempt of the Swanton bomb but Theory fought back with a neckbreaker to get the win. Theory then went to take a selfie when Hardy got back up to deliver the twist of fate and then take a selfie of his own.

The match started with Jinder Mahal using his power to take Woods down when the latter delivered power strikes to fight back. Mahal then delivered a huge shoulder tackle but Woods fought back with a Russian legsweep followed by a dropkick for two counts. Mahal again used his power to drive Woods face first into the stairs. Mahal then delivered the khallas and went for the cover but Woods got to the ropes. Woods then fought back and delivered the splash toget the win and advance to the finals.

The show started with Charlotte Flair coming out to address her last night on Monday Night Raw. The Queen said there is a conspiracy because Belair was getting two title matches in a week. Flair then questioned Belair’s qualifications when the EST of WWE herself came out. Belair then claimed that after Crown Jewel 2021, she will be the Raw as well as the Smackdown Women’s Champion. Flair then tried to attack Belair but the latter turned everything around. 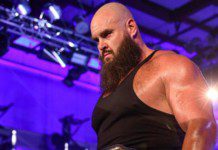