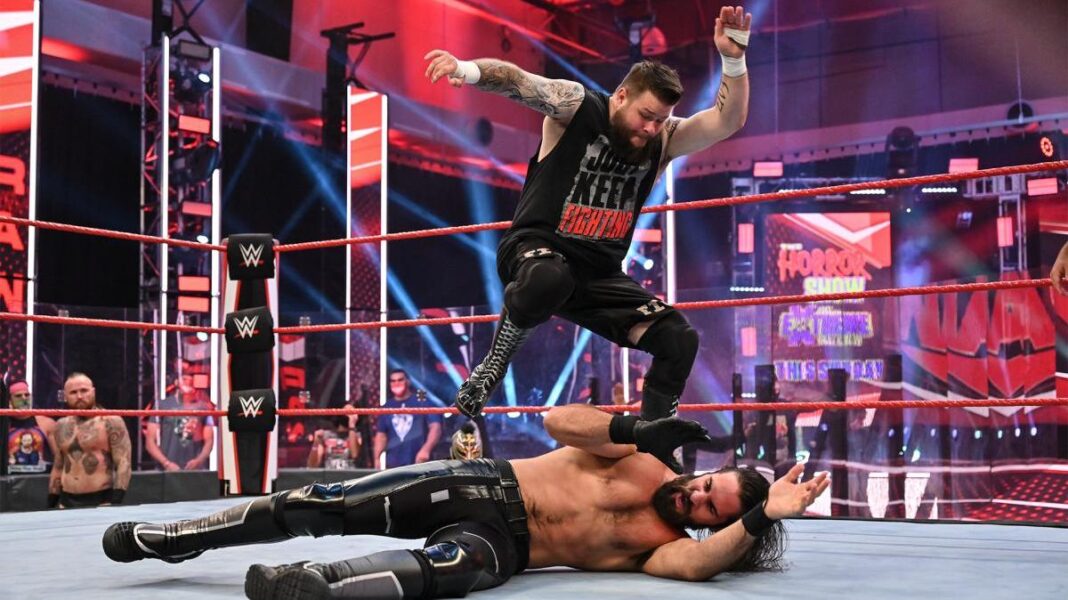 Afterwards, Kevin Owens and Seth Rollins got in the ring and the WrestleMania rematch between the two began. Seth Rollins tried to escape the ring early in the match, but Aleister Black and others didn’t let that happen. As soon as Seth Rollins turned towards Kevin Owens, he got hit with a cannonball.

Seth Rollins finally turning the match to his side, Seth Rollins sent Kevin Owens and made him through the barricade, once again they were back into the ring, Seth Rollins with a drop and went for the cover but kicked out at two. Seth Rollins causing Kevin’s arm, he had some trash-talking as Kevin Owens fired back with a punch right to his face.