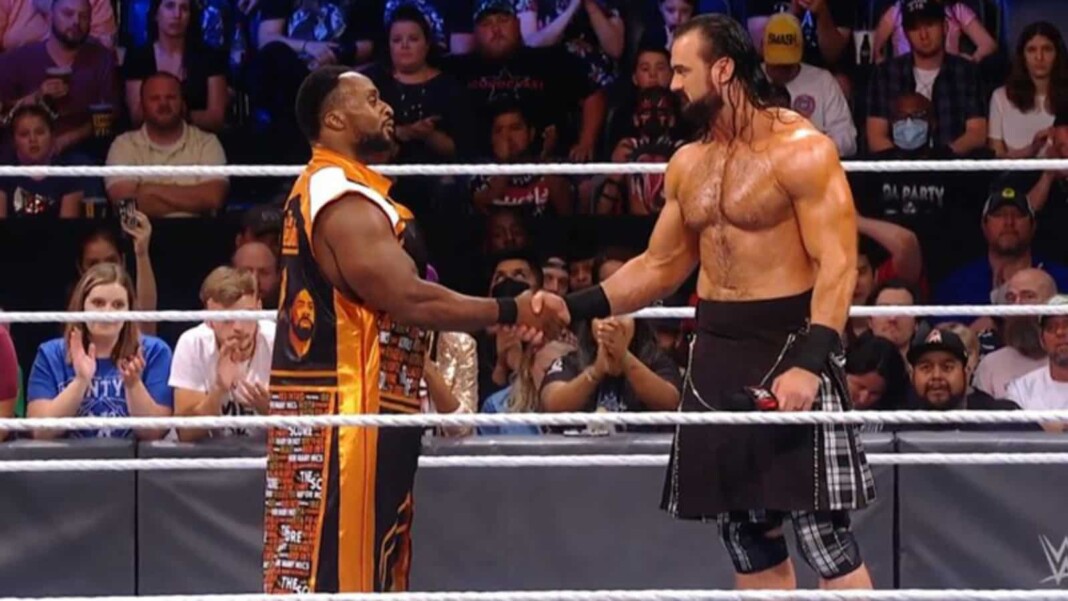 After the WWE Draft 2021 has officially been added in the books, this week’s episode will be the first episode of WWE Raw following the Draft. Though the transfers will not be on effect until Crown Jewel, the WWE superstars will be seen winding up their rivalries. Plus, the King of the Ring and the Queen’s Crown tournament will continue this week on the red brand.

A couple of weeks before their interesting match up at Crown Jewel 2021, Drew McIntyre will come face-to-face with the WWE Champion Big E and the WWE Universe can expect some interruptions from Dolph Ziggler and Robert Roode once again.

Former best friends and current bitter enemies will reunite this week on Monday Night Raw. Charlotte flair and Becky Lynch will team up to face Sasha Banks and Bianca Belair in an interesting tag team match. All the four women have been the stars of their respective brands currently and will likely attack their team members as well.

“AEW shouldn’t give a f**k what I think about them,” WWE’s biggest rival doesn’t cater to Paul Heyman

“Smackdown has beaten the living s**t out of Raw,” Paul Heyman finally acknowledges the dominance of the Blue brand