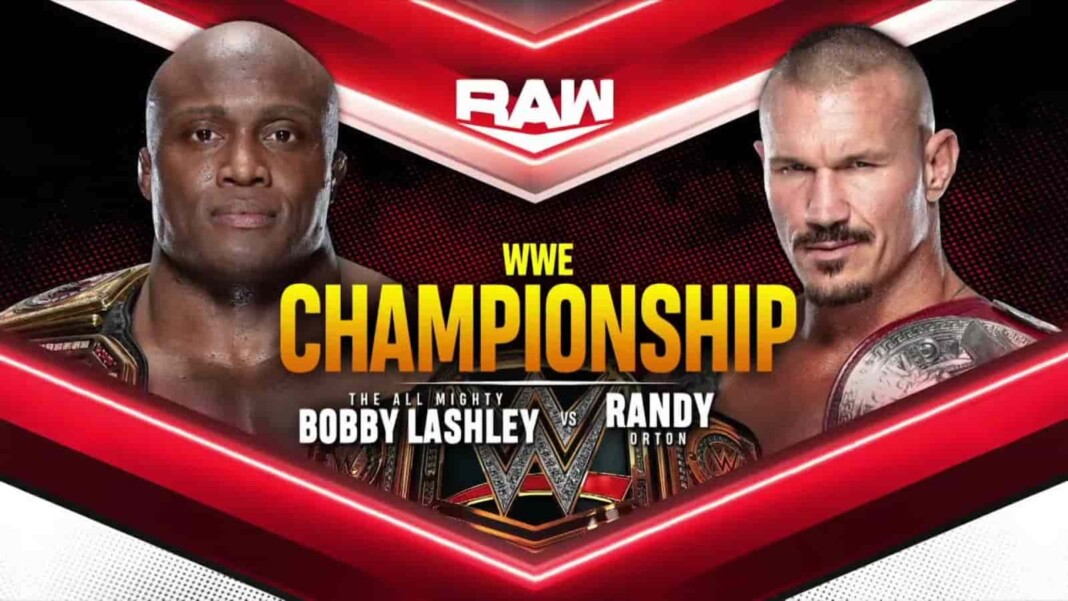 This week, the WWE Championship will be on the line on Raw and two veterans will face each other after a long time.

The WWE Championship will be defended on Raw this week. Bobby Lashley will defend the championship against Randy Orton which will probably be the show stealer. The match is expected to be very entertaining because of the storylines developed in the past few weeks.

After a title match confirmed for Extreme Rules, Damian priest will issue an open challenge for the United States Championship on Raw this week. The expected challengers that could answer the challenge could be Humberto Carrillo, Ricochet, Jinder Mahal, and Drew McIntyre.

A stunning 8 man tag team match has been announced for Monday Night Raw this week. AJ Styles and Omos will team up with T-Bar and Mace to face Xavier Woods, Kofi Kingston, Mustafa Ali, and Mansoor. The match could result in the faces winning the match and establishing their name.