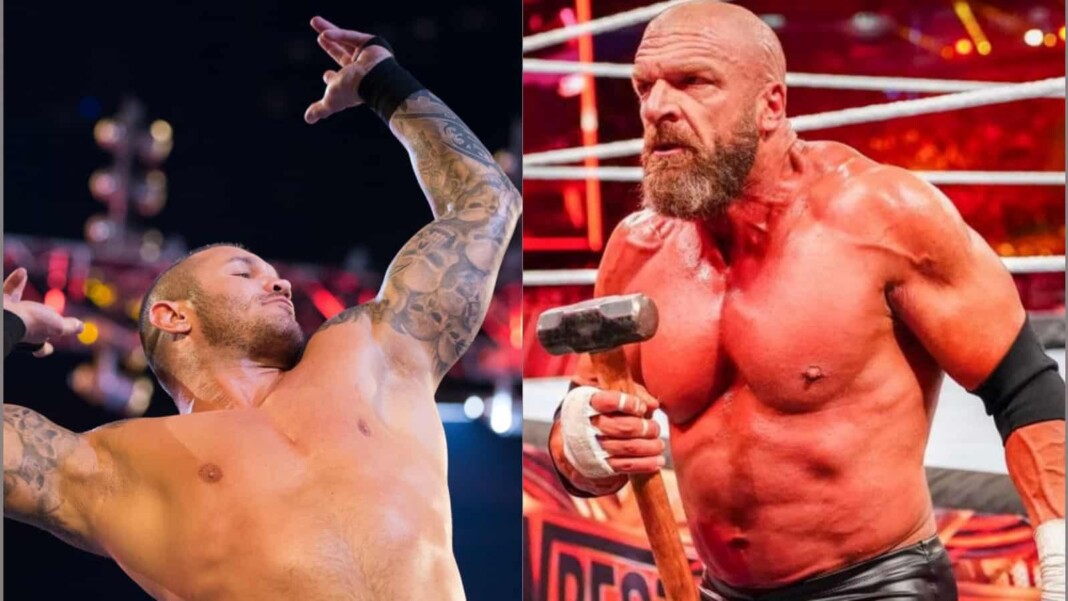 Triple H and Randy Orton are two of the most popular and prominent superstars in WWE history. The two have accomplished a lot in the company and have been with each other or against each other many times in their career.

The two were first seen together on WWE TV in 2004 as a part of a team named Evolution. The team brought Randy Orton’s career to a completely different level after he became the World Champion. Triple H had a problem with that and started a rivalry with Orton.

The two men had been seen a number of matches since then and have had high profile and show stealing matches. Their rivalry came to a completely new level after the McMahons joined the fray.

In 2014, the Evolution once again reunited and destroyed a legendary team known as the Shield. After Evolution’s run, Triple H became an Authority figure and Randy Orton joined him. But after Orton turned on the Hunter, their rivalry once again resumed and heated up much more.

Their matches have always been one of the best matches in WWE history and have seen a lot of fans get engaged to it. Their rivalry was not only seen in the ring, but the two men were also seen attacking each  other in their houses.

As per the list of matches, out of the 20 one on one matches the two have had, Triple H has won 10 matches, Randy Orton has won 6 matches, and 4 matches ended in a draw.

After knowing that the two have had 20 singles matches with each other, everybody can see how much history do the two share with each other. Not only that, but this also sums up their rivalry that has lasted for more than a decade.