WWE Royal Rumble 2022 has been officially announced. The Royal Rumble is considered to be one of the Big Four events on the calendar, and has an illustrious history of over 30 years. The pay-per-view is named after the battle royal matches that take place on the show. 30 participants enter the match at regular intervals and attempt to be the last-one standing in the ring, after eliminating the others by sending them outside the ring over the top rope!

The company recently announced that WWE Royal Rumble 2022 will be airing live on January 29, 2022 from The Dome at America’s Center in St. Louis. With a capacity of over 40,000 – it is going to be the largest venue to host a Royal Rumble. Interestingly, the event has been announced to take place on a Saturday. The company has been experimenting with the idea of moving some of their PPVs to Saturdays – similar to WWE Summerslam 2021.

“WWE has a rich history in St. Louis and we are excited to bring Royal Rumble to the Dome at America’s Center, a venue that has hosted countless large-scale sports and entertainment events,” mentioned John P. Saboor, WWE Executive Vice President of Special Events.

Royal Rumble features two battle royal matches – one each for the men and the women. Both the matches features Superstars from Smackdown, Raw, NXT and even NXT UK at times. The stakes of these matches are very high, considering they kick-off the Road to Wrestlemania. The winner of these matches earn the right to main-event Wrestlemania for a Championship of their choice!

This year, Edge and Bianca Belair had emerged victorious. The EST of WWE has been on a dream run since then – even winning the title in the main event of Night One of Wrestlemania 37. But the same cannot be said for The Ultimate Opportunist. He got several chances to dethrone the Universal Champion Roman Reigns but he failed every time!

WWE Royal Rumble has been the first PPV of the year, for a very long time. But the company has decided to shake up their calendar this year. While Royal Rumble maintains its last week of January date, it will not be the first WWE PPV of 2022. In fact, the first mega event will air on 1st January itself and has been aptly title WWE Day 1.

WWE Day 1 is a newly announced PPV, and will be airing live from Atlanta, Georgia. While it is too early to predict the card for the event, several Superstars like – Roman Reigns, Sasha Banks, Bianca Belair and Rey Mysterio have already been announced for the event. 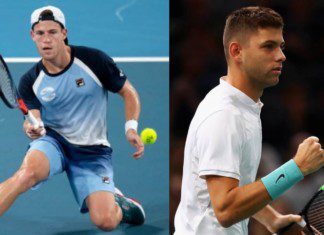