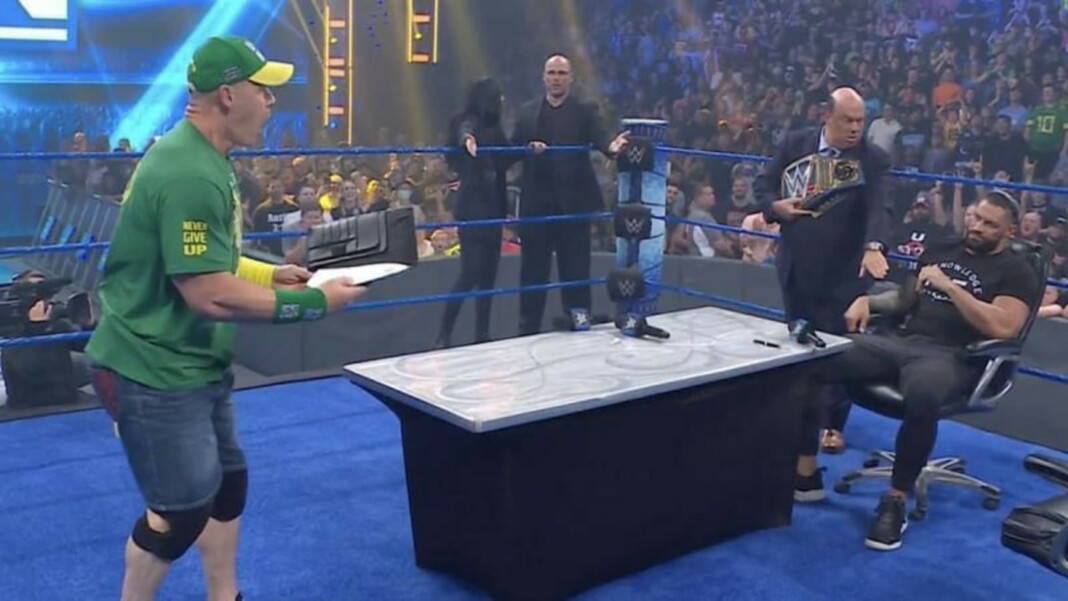 After a vicious attack on Finn Balor by the Bloodline, John Cena could finally come face-to-face with the Universal Champion. Finn Balor could be seen confronting both Roman Reigns and John Cena and the Mysterios can also come in to get the Usos out of the segment.

Prediction: John Cena and Finn Balor work together to take Roman Reigns down

After the first-time ever match between Edge and Seth Rollins was confirmed for Summerslam, both the men can come face-to-face and again attack each other. After Rollins’ attack 2 weeks ago, Edge would be looking forward to take some revenge and set a statement for the Biggest Party of Summer.

Prediction: An intense brawl breaks out between the Summerslam opponents

Prediction: Sasha Banks and Bianca Belair attack each other

The Intercontinental Championship has plenty of worthy challengers and this week’s Smackdown could see them emerging and get an opportunity. After Shinsuke Nakamura pinned Apollo Crews last week, he will likely be the challenger for Crews at Summerslam.

Prediction: Shinsuke Nakamura demands an opportunity at the Intercontinental Championship