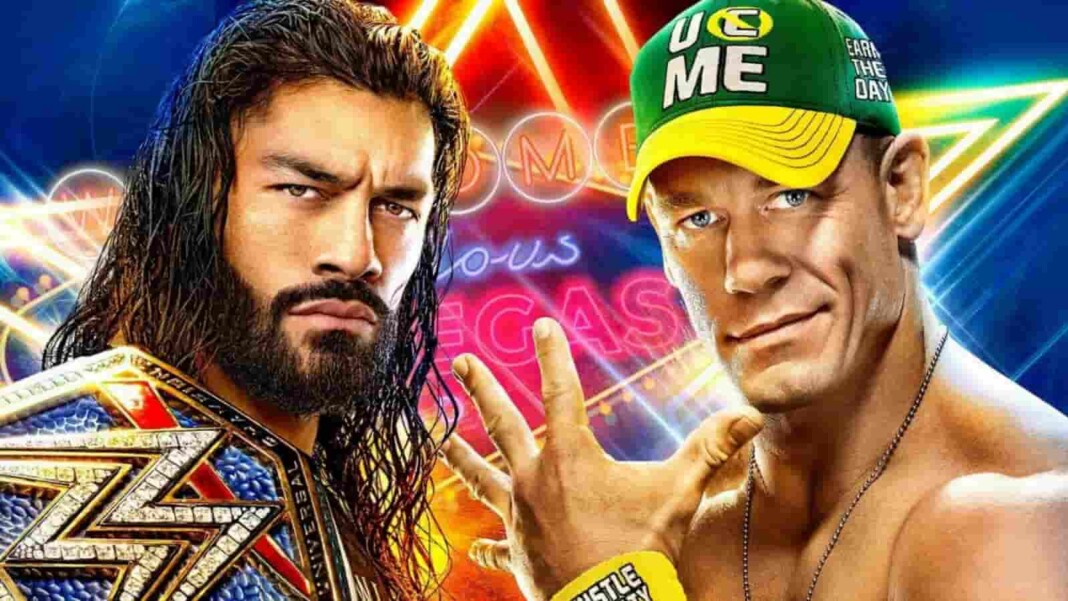 John Cena had returned to WWE at Money in the Bank and on the next night, he challenged Roman Reigns for a match for the Universal Championship at Summerslam. On Smackdown after MITB, he once again addressed his challenge but Reigns rejected the idea.

Roman Reigns rejected the challenge when the inaugural Universal Champion, Finn Balor came out to challenge the champion. Reigns immediately accepted the challenge and the two were set to sign the contract on 30th July 2021 episode of Smackdown.

During the contract signing, Reigns signed the contract but Balor was not able to do so. Baron Corbin who has been having very rough days, attacked Balor before he could sign the contract. Corbin tried to steal the contract and sign it so that he could earn some money through his match but John Cena would come out and do the same.

John Cena’s return could be the end of the Universal Championship reign of the Tribal Chief. Though it was very hard to say that Cena would become the champion keeping in mind his busy Hollywood schedule, WWE could be planning change the champion.

ALSO READ: Three reasons why the Universal Championship should be taken off Roman Reigns