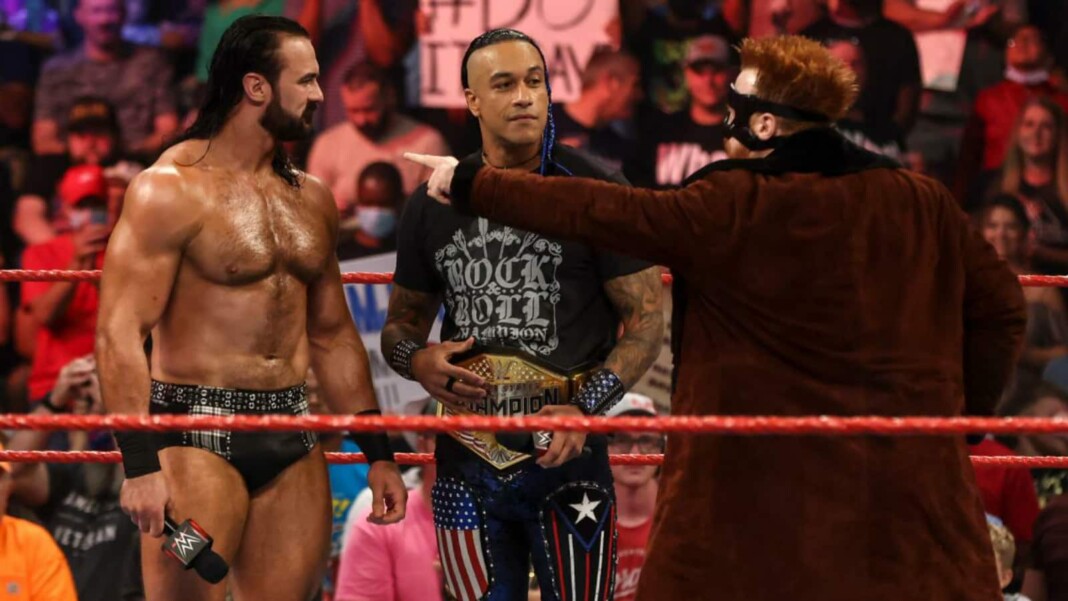 The August 30, 2021 episode of WWE Raw saw Damian Priest issue an open challenge for his United States Championship. The challenge was accepted by multiple superstars but in the end, a triple threat match was announced for the show. Priest defended the title against two former world champions, Sheamus and Drew McIntyre and earned a huge victory.

The match was one of the best ones that the WWE universe hasn’t seen on Raw in ages. The WWE Universe also chanted ‘This is Awesome’ during the match showing the respect all the three superstars deserved. The championship match started with McIntyre and Priest working together to take Sheamus but soon both the men split.

Sheamus delivered a lot of action in the match but in the end, McIntyre took him down with a claymore. The end of the match saw McIntyre delivered a glasgow kiss and then going for the claymore but priest delivering the reckoning and successfully pinning McIntyre.

Twitter saw the WWE Universe in shock after Priest pinned former world champion Drew McIntyre and win the match. Though the result was predictable, but the way of victory was shocking.

Sean Ross of Fightful.com reacted to the pin by saying unbelievable

Fans also reacted to the match and Priest pinning McIntyre