WWE CEO and Chairman Vince McMahon is considered to be the most active person at the Gorilla position during the WWE shows. Every single moment that is aired on WWE TV goes through his supervision.

Everything that McMahon sees and notices is shared with the talent after the shows. It was recently revealed that McMahon had once called out a major WWE Superstar for being too loud in the ring.

The incident is from Judgement Day 2001, where Olympic gold medalist Kurt Angle faced Chris Benoit in an iconic match. Angle was reportedly quite audible while calling the spots, and he discussed the same on The Kurt Angle Show with Conrad Thompson.

“Vince McMahon (laughs). He told me, yeah. He said, ‘Listen, you’ve got to tone it down; the TV is picking up on you calling the spots. And I said, ‘Vince, I can’t help it. I want my opponent to know where he is going in any particular moment.’ So, I called the match, not only for my opponent but for myself too, and I’m pretty loud with it. I’ve always been that way. I never changed (laughs); even though Vince McMahon talked to me a couple more times, I still did it. I just felt being safe more than sorry was a better choice.”

Kurt Angle has often admitted to calling the spots and he even never even tried to give the habit up, although McMahon often told him to “tone it down.”

The Olympic gold medalist revealed that the wrestlers often masked their shot-calling with their trash talking. But Angle was never able to do that. No matter jhow hard he or Vince McMahon tried, the habit stayed with Angle throughout his career.

McMahon is often strict with such rules. It is surprising that Angle got away with such repetitive offenses. The most recent incident of McMahon taking a strict action was last year, when he baaned the use of thigh slaps. 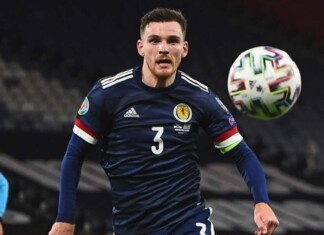