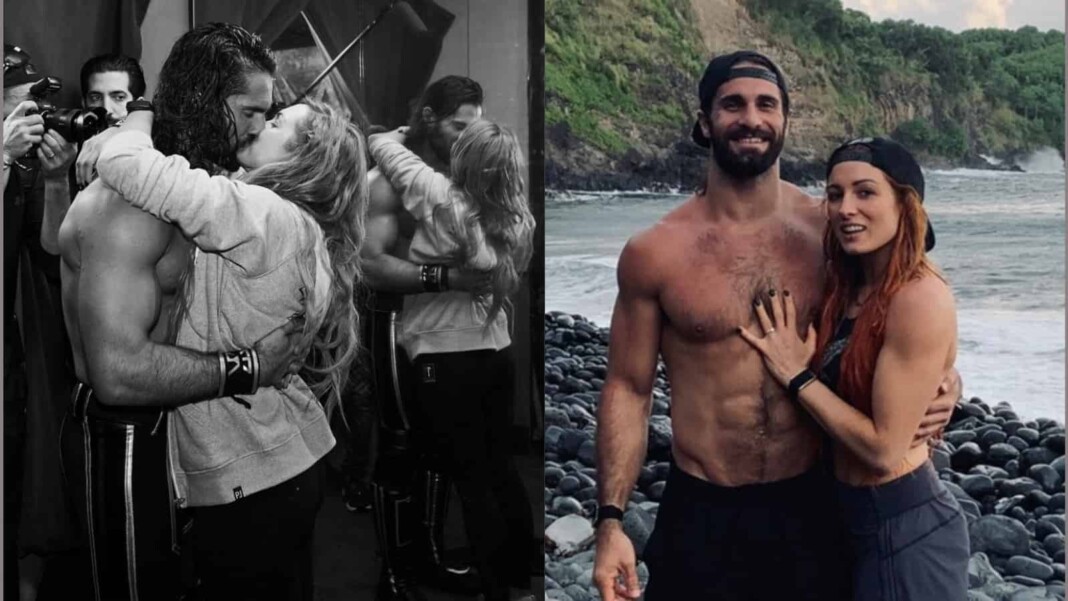 Becky Lynch is one of the most popular and decorated athletes in sports history. The Man is one of the four horsewomen of WWE and her in-ring ability is unmatchable. Her accolades speak about her and the WWE Universe is always elated watching her.

Lynch is a multi-time Women’s champion and has created a lot of histories as well. Becky Lynch headlined the 35th edition of Wrestlemania and become both the Raw and Smackdown Women’s Championship by defeating Ronda Rousey and Charlotte Flair in a triple threat winner takes all match. Not only that, but she has also won the 2019 Women’s Royal Rumble match which is another great accomplishment.

Becky Lynch husband is fellow WWE superstar Seth Rollins who is also one of the most popular superstars in the industry’s history. The two together are considered the power couple of WWE and have been show stealers since their debut.

The two met each other in WWE and Lynch during her early years called Rollins her best friend. In 2019 she had a war of words with a legendary couple Edge and Beth Phoenix where the Hall of Famers asked Lynch to bring her life partner in as well. Lynch then tagged Rollins in a tweet announcing that two were in a relationship.

Lynch and Rollins engaged in August 2019 and both of them call 2019 the best years of their life. Both of them had won their respective Royal Rumble matches followed by championships at the Grandest stage of them all in the same year. In 2020, Becky Lynch relinquished her Raw Women’s Championship during a Raw taping and announced that she was pregnant.

In December 2020, the couple welcomed their first child and named their daughter Roux. In June 2021, Seth Rollins on Instagram wrote ‘A fine day to get married’ and then WWE announced the couple’s marriage. The couple has been seen together in the ring in mixed tag team matches multiple times.