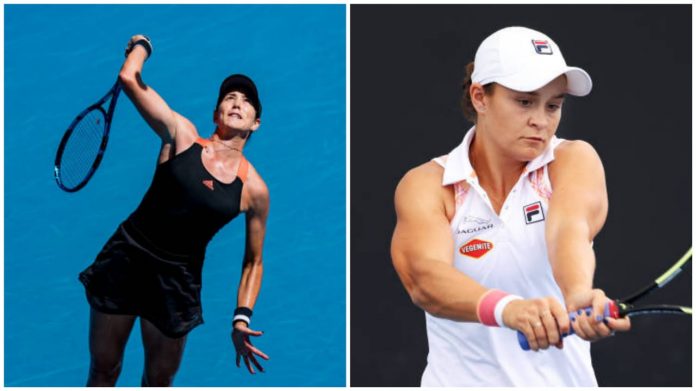 In the tournament, the home favorite has dropped a few sets during her matches, whereas the Spaniard has been ruthless and barely allowed her opponents to pose a threat. Barty has faced a few difficulties during her run to the final.

On the contrary, Muguruza’s shown no remorse and even registered a comfortable win against the defending Australian Open champion Sofia Kenin.

Both the players are amongst the best in the current women’s circuit and will give it all to claim the title before the Australian Open.

Both the players have played each other three times previously, with the Aussie holding a 2-1 edge.

All three matches have gone the distance, with Barty’s 6-1, 6-7(4), 6-2 win in the quarterfinals of last February’s Qatar Open marking her last tour-level victory prior to returning to competition this week.

This match will surely be a treat for fans to watch. Barty is straight into the finals after playing her first tournament in almost a year. While Muguruza is proving her case as a serious contender for the first major of the year on account of her current form.

This match should be very tight and might do down to the distance with Muguruza prevailing.

Also Read: 8 fingers, 7 toes, 10 surgeries: The incredible story of Francesca Jones who is set to make her Grand Slam debut