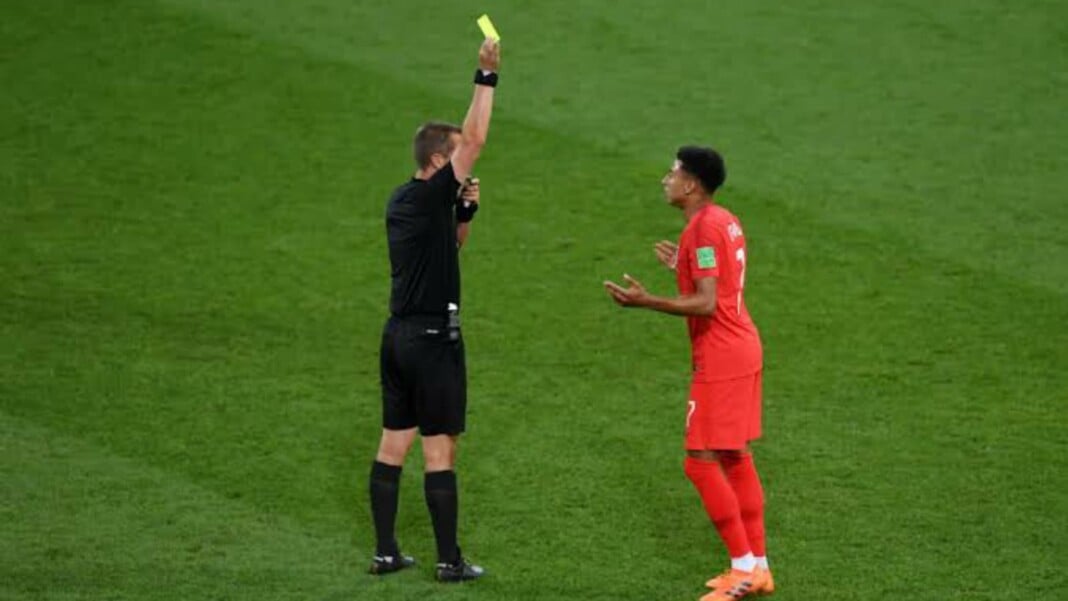 After putting in a man-of-the-match performance against the reigning world champions France, Swiss captain Granit Xhaka was forced to sit out in their quarterfinal tie against Spain. This proved to be a costly miss for Switzerland as they went on to lose in the penalty shootout but one question that was on everyone’s mind was this: why was the Swiss captain not playing one of the most important clashes for his nation?

The answer is simple: Xhaka picked up a yellow against France in the 76th minute, which turned out to be his second yellow of the tournament. A decision that proved to be crucial later, what exactly are the yellow card rules in this tournament? Firstsportz takes a look:

The rules surrounding yellow cards and suspensions in Euro 2020 are simple: if a player gets two yellow cards in two different matches, he is automatically suspended for the next fixture. So if a player picks up a yellow in both the first and second group stage games, he is not allowed to play the third group stage round.

The player is also given another suspension when he gets his fourth yellow card of the tournament. Getting either two yellow cards in the same match or a straight red card results in a one-match ban.

An interesting rule is that the yellow cards accumulated are wiped out after the quarterfinals: hence if a player is on a yellow card at the end of his quarterfinal round, he need not worry about missing the final unless he is red-carded in the semifinal.

Four England players – Phil Foden, Kalvin Philips, Harry Maguire and Declan Rice – have had their yellow cards wiped out and they can play in the semifinals against Denmark, who themselves had four players on yellow cards, with an easier mind. Five players each from Spain and Italy have had their penalties chalked off too.

The cards do not carry over between tournaments either, so getting yellows in both the semifinals and the finals of the Euro 2020 should not hinder the chances of playing at Euro 2024 for a player.