Home Martial Arts UFC “You could’ve put anybody in front of me and I would’ve had... 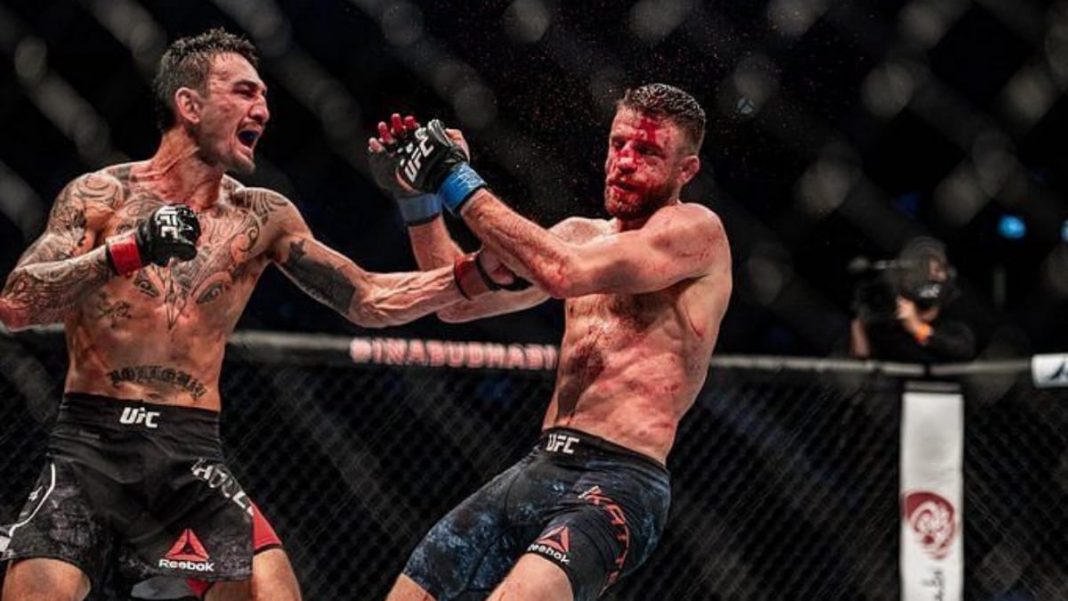 Former UFC featherweight champion, Max Holloway believes that no fighter in the world would’ve beaten him on UFC Fight Island 7.  The UFC Fight Island 7 took place on the 17th of January. Holloway went up against Calvin Kattar and produced one of the best performances in the Octagon ever.

Max earned a unanimous decision over Kattar in the main event. The final tally resulted in one 50-42 scorecard and another pair of 50-43 scorecards. The victory over Kattar came after Max Holloway lost to a controversial decision against Alexander Volkanovski.

Before fight island 7, the viewers and critics condemned Max for not getting over that fight and Holloway silenced them with his performance against Kattar. In a recent interview with MMA fighting, Max Holloway shed light on this controversy.

“At the end of the day, it was just another fight to me. I don’t care what it is, it’s just another fight to me. People talk, talk, talk and talk. Drama sells. Let them be the drama,” Max told in the interview. Max Holloway handed 230 strikes in total in the second and fourth round. “Blessed” was asked about his spectacular night. “That night I was just in the zone. You could’ve put anybody in front of me and I would’ve had that performance for as long as [they showed] how tough they are,” Max said.

When asked about what Max was feeling that night, he said, “I don’t know how to explain it, but there’s just some nights—and I don’t know if you watch other sports—but there’s just some nights in other sports when [athlete’s] say, ‘Oh, man, I couldn’t miss a shot, every time I connected it was going over the fence, or always get on base,’ [and] that’s just how I felt.”

While everyone were in praise of the former featherweight champion, Max decided to give props to his opponent. “Shout out to Kattar, he was tough. That dude was Boston strong, man and as tough as can be. It takes two to tango, and I was only able to do what I did because he was standing across from me that night.”

Max Holloway is eyeing a summer return against the winner of the upcoming title fight. He says it will either be Alexander Volkanovski or Brian Ortega. Do you think Holloway can win his belt back?

Also read “I think I’m done,” writes Khamzat Chimaev on his Instagram post as he announces shockingly that he is going to retire