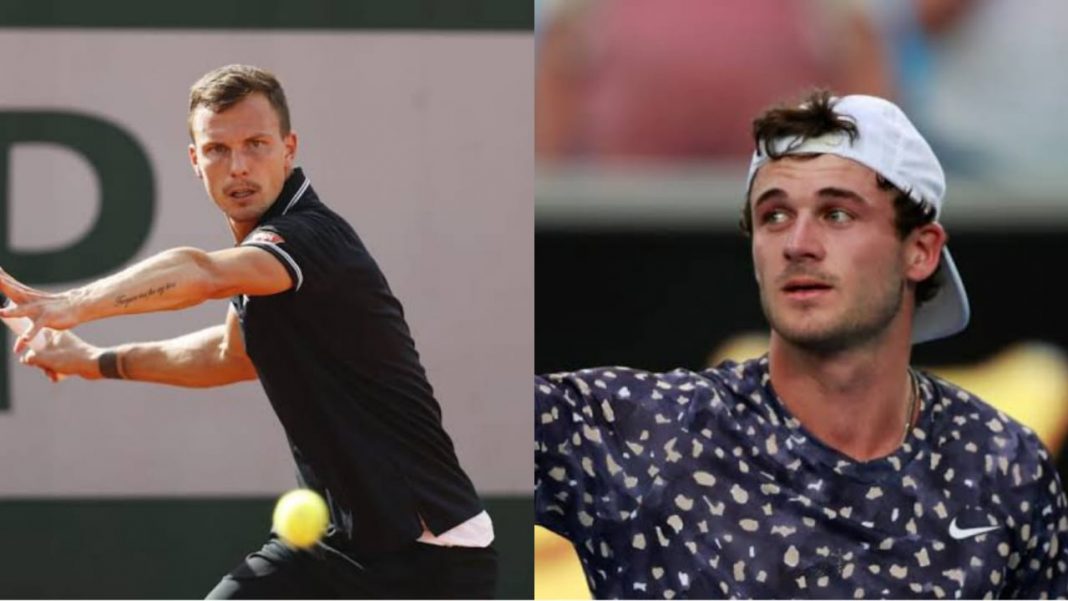 Marton Fucsovics is one of the surprise entrants in the quarterfinals of the Rotterdam Open. The Hungarian defeated Alejandro Davidovich Fokina in straight sets in the last 16 to setup a clash against the American, Tommy Paul in the last 8. Paul is ranked 56th in the world, whereas Fucsovics is ranked just three spots below him on the 59th spot.

Marton Fucsovics entered the main draw after winning three qualifying round matches. In the first round of the main draw, he defeated Reilly Opelka in a three set thriller in which every set was decided by a tiebreaker. In the end, the Hungarian held his nerve, winning the final set tiebreaker. In the second round, he defeated the Spaniard, Alejandro Davidovich Fokina, but this time it was a straight sets victory.

Tommy Paul defeated the Italian, Lorenzo Sonego in straight sets in the first round. In the second round, he had to make a comeback against Alexander Bublik, who defeated Alexander Zverev in his opening round match. After losing the first set to the Kazak, Paul claimed the next two sets to book a quarterfinal berth.

The duo have faced each other just twice in the past, with the head to head being level at 1-1. Their last meeting was at the Australian Open 2020 in the third round, where Fucsovics defeated Tommy Paul in straight sets.

There is not much to separate the two players ahead of their quarterfinal clash on Friday. Their rankings are pretty much similar and their head to head record is level at 1-1. Moreover, both players have played high quality tennis so far. However, Fucsovics enters the match on the back of five consecutive wins and is looking unbeatable at the moment. The match is expected to be another three set thriller, with Fucsovics emerging on top.