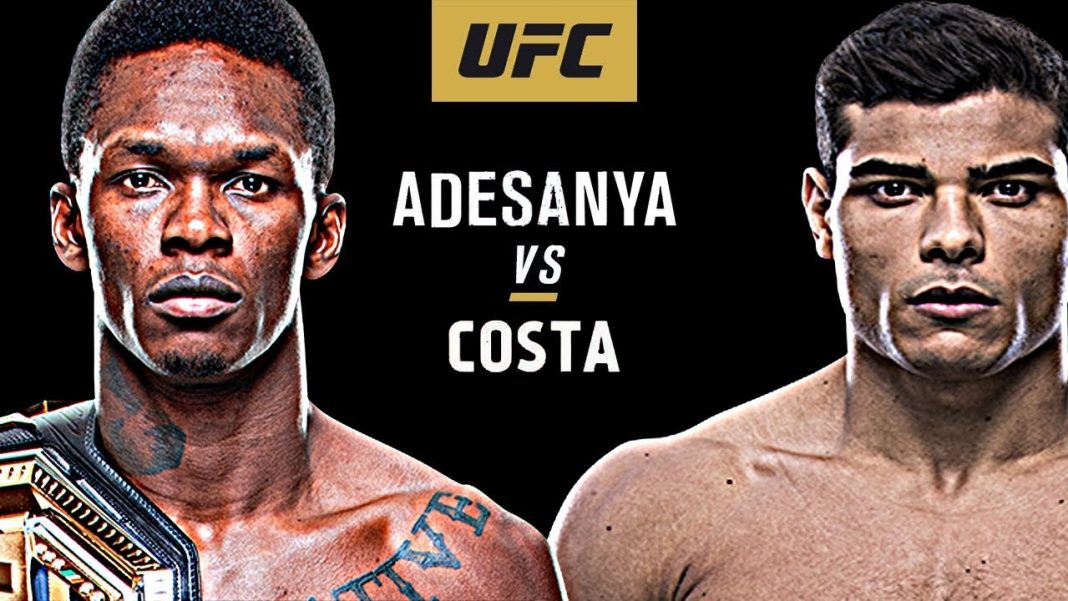 Israel Adesanya vs. Paulo Costa is official for UFC 253 on September 23rd and the UFC released an absolute banger of a promotional video at UFC 252.

At UFC 252 on Saturday night, the UFC finally made it official: Israel Adesanya will defend his middleweight title against the fearsome Paulo Costa at UFC 253 on September 23rd.

It’s been a fight that’s been teased for a long time, and now we have a date if not a location. A very exuberant and thrilling Promo Video, teasing the Adesanya vs. Costa matchup was released just before Stipe Miotic took on Daniel Cormier and the fans lost their cool over it.

In addition to that wild main event, UFC 253 will also feature Kai Kara-France vs. Brandon Royval, Claudia Gadelha vs. YanXionan, and Hakeen Dawodu vs. Zubaira Tukhugov.