by Saivee Phatak
in India at Olympics, Sports News 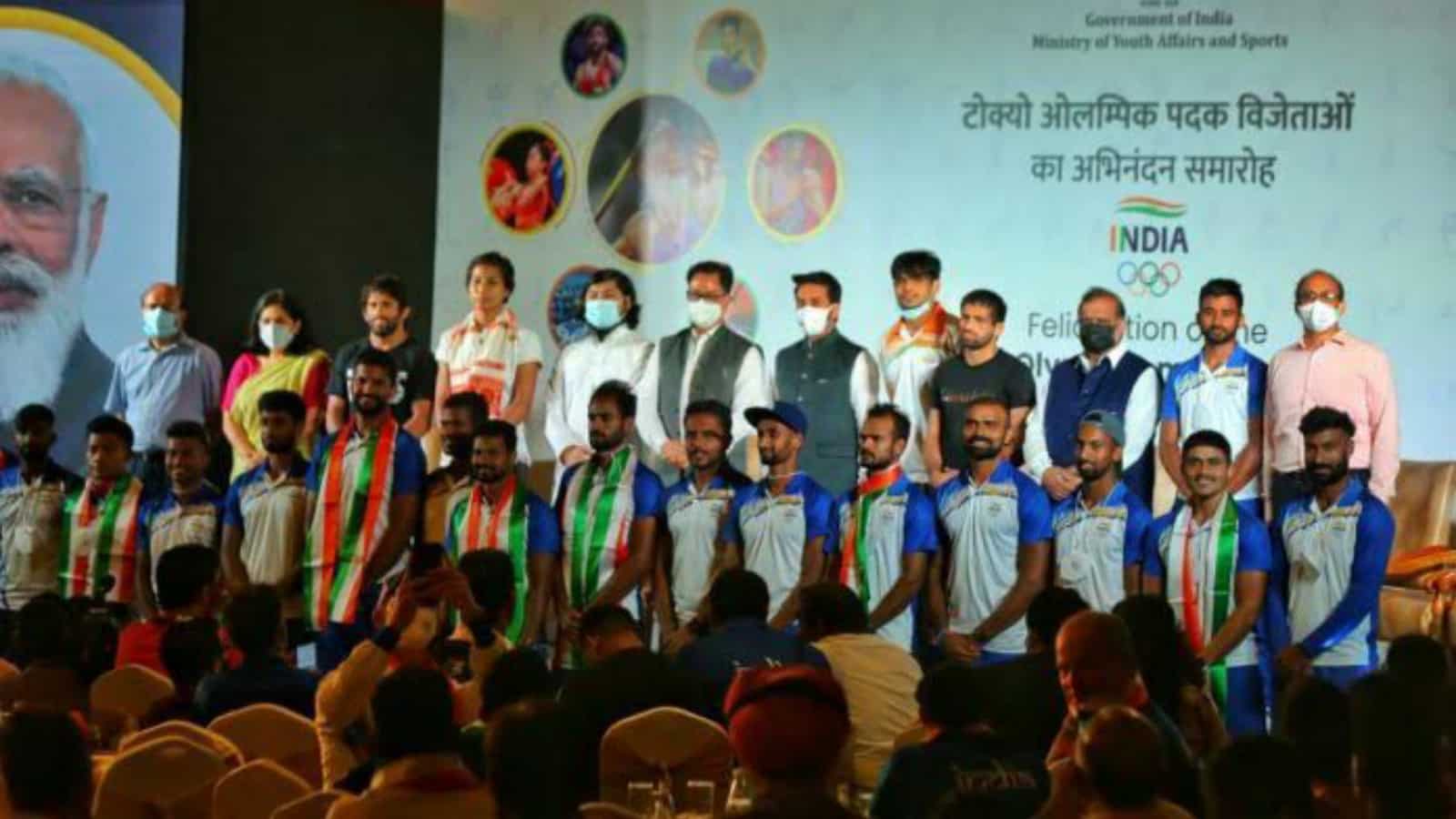 All Tokyo Olympics medallists at the Felicitation ceremony

“I assure you we are going to increase TOPS so that more and more athletes can be benefited,” said Thakur during the program to Times of India. He hoped that the 2024 Olympics would be so successful for India that there would be no space left on the stage.

Along with Thakur, the Indian Olympic Association president Narinder Batra also praised the efforts of all the athletes at the Tokyo Olympics. “There was a lot of doom and despondency in the country due to covid-19 before the Olympics. But the athletes performance at the Tokyo Olympics has changed all that and you have brought a smile to the face of 1.3 billion people.”

Not Only Medallists, All Tokyo Olympics Athletes Awarded for Their Efforts

During the felicitation on Sunday in a first, the Indian Olympic Association awarded Olympic Champion Neeraj Chopra with a cash prize of Rs. 75 lakh, while his coaches are set to receive Rs. 12.5 lakh.

Silver medallists weightlifter Mirabai Chanu and wrestler Ravi Kumar Dahiya received Rs. 50 lakh each for their note worthy performance at the Olympics, while their coaches will receive Rs. 10 lakh each.

The IOA also announced that each of the 128 athletes that represented the nation would get Rs. 1 lakh for their exceptional performance and hard work at the Tokyo Olympics.