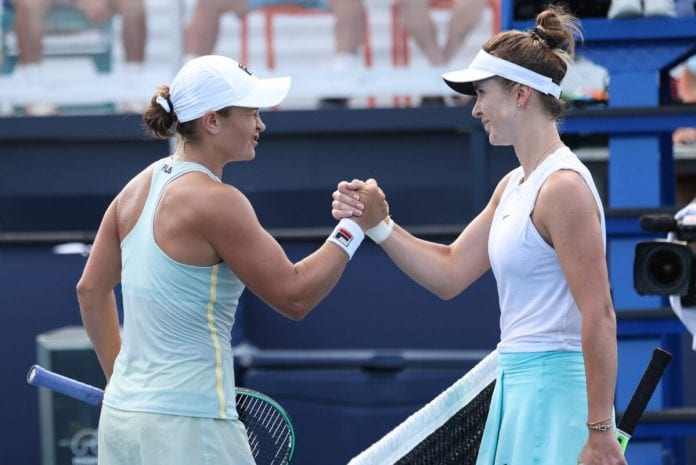 World No.1, Ashleigh Barty produced a stunning comeback performance yesterday by beating former No.1, Karolina Pliskova 2-6, 6-1, 7-5 in the quarterfinals of Stuggart.

The Australian exuded amazing tenacity after dropping the opening set to the firing Czech. Barty is now 8-0 in her last eight matches against top-10 opponents.

Commenting on her match, Barty said, “It was an incredible match, with two very different opening sets, and the third was extraordinary. I felt like I created a lot of opportunities and Karolina was able to come up with some quality stuff on some massive points. It was a really good battle.”

The former French Open champion will now face World No.5, Elina Svitolina in the semifinals of Stuggart. Speaking ahead of her clash, the Aussie showed immense respect for her opponent.

Barty looks forward to the new challenge on clay against Svitolina

She said: “It’s a different surface, a new challenge. I am not sure we have played ever on clay before and it is going to be a new experience for me to play her on a surface that she is incredibly comfortable on. She has grown up on clay all her life, so another challenge against a quality opponent.”

Currently, the 26-year-old Svitolina leads Barty 5-2 in the head-to-head. That said, the 25-year-old, has won their previous two meetings. It’s also important to note that they will be meeting for the first time on clay.

Barty might have got off to a rough start to the year at the Australian Open, but she gained momentum by winning the WTA 500 titles in Melbourne and Miami.