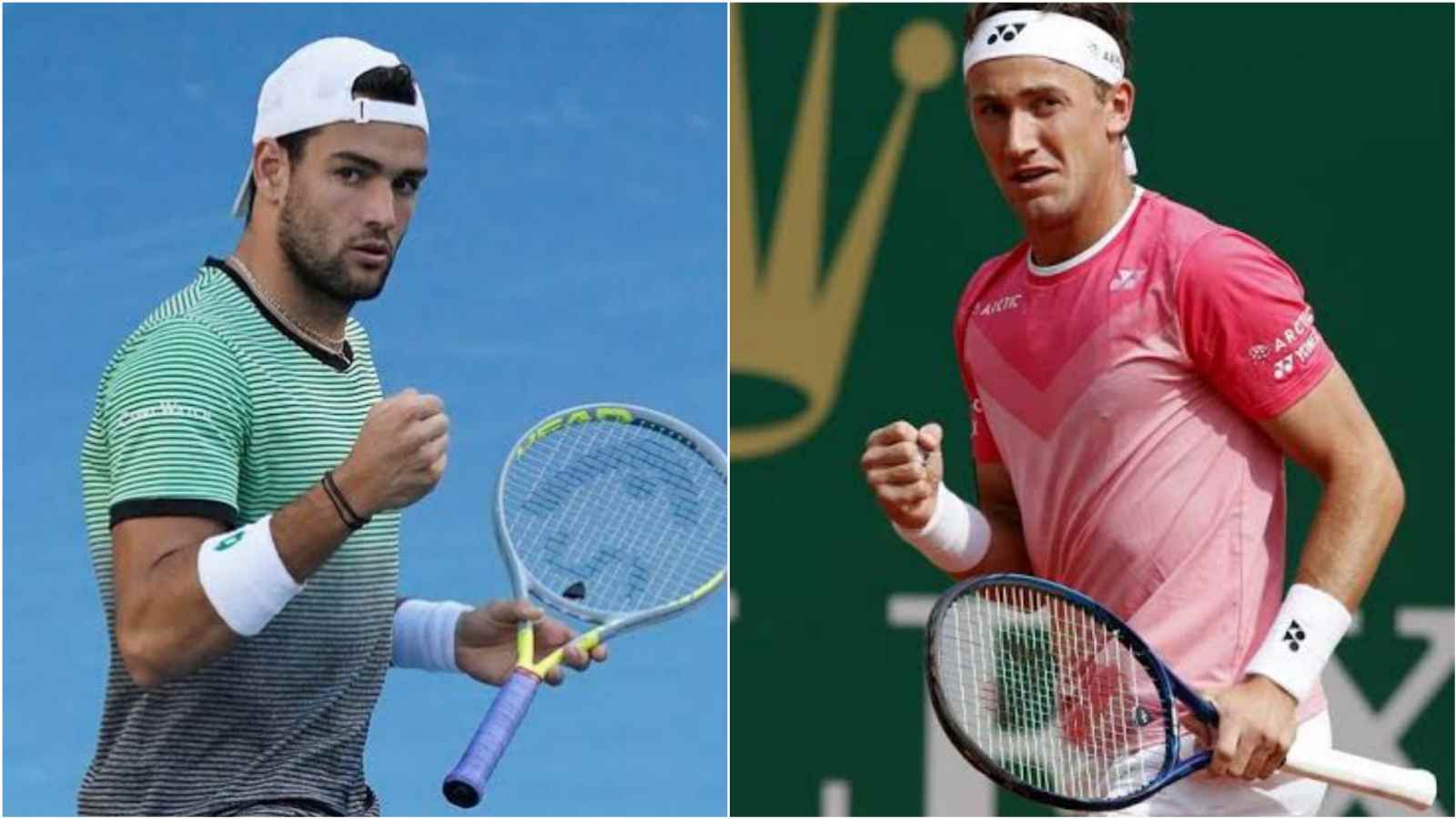 Matteo Berrettini will take on Casper Ruud in the Semi-finals of the Madrid Open 2021. Berrettini is currently the World no.10 on the ATP rankings and Ruud is the World no.22.

The year started on a bitter-sweet note for Berrettini. He reached the fourth round of the Australian Open but an injury stopped him from competing in that match. He made a comeback on tour a couple of months later, having fully recovered from his injury. He came into the Madrid Open on the back of a title winning campaign in Serbia. The Italian played some quality tennis to reach the Finals of the event where he beat Aslan Karatsev in three sets 6-1 3-6 7-6. The trophy win in Serbia was the twenty-five year old Berrettini’s fourth ATP Title on tour.

At the Madrid Open Berrettini had a bye in the first round. In the second round he overcame fellow Italian Fabio Fognini 6-3 6-4. The third round saw him get the better of Federico Delbonis 7-6 6-4. Berrettini faced a tough opponent in sixteenth seed Cristian Garín in the Quarters. He won the match in three sets 5-7 6-3 6-0.

His opponent in the Semis will be Norwegian No.1 Casper Ruud. Ruud made it to the Semi-finals of the Monte Carlo Masters and the Munich Open. At the Madrid Open so far, he took out fifteenth seed Felix Auger Aliassime in the first round, and Yoshihito Nishioka in the second. In the third round he overcame the fifth seed Stefanos Tsitsipas. Alexander Bublik was his victim in the Quarter Finals, Ruud defeated the player from Kazakhstan in two sets 7-5 6-1.

Berrettini has recovered from the abdominal strain he suffered at the Australian Open, and he showed us that when he won the Serbia Open. Berrettini has played some good tennis so far but will face a tough challenge against Casper Ruud.

Ruud has made it to the semi-finals of most of the tournaments he has participated in in the last few months. But, Berrettini has the big match temperament, and should see this through.