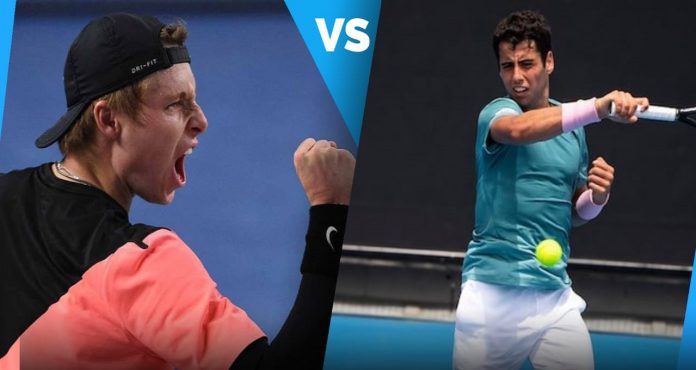 World No. 115 Ilya Ivashka will be up against Jaume Munar who is ranked World No. 95 in the upcoming quarter-final clash at the ATP Andalucia Open 2021.

Ilya Ivashka is just in his 3rd appearance on the tour in 2021, having previously featured at the 2021 Australian Open and 2021 Miami Open losing in first and second round respectively. He has however managed to surprise a few with his run at the ongoing Andalucia defeating 5th-seeded Alejandro Fokina in the 2nd round to set-up this quarter-final clash.

Jaume Munar has been in a great touch this season, making consistent runs into tournaments. The 23-year old Spaniard was the runner-up at the Marbella Challenger, losing in 3-sets in the final. He won the Antalya 2021 Challenger Finals, and caused an upset in the 2nd round in the ongoing Andalucia Open defeating 2nd-seeded Fabio Fognini in straight sets.

This will be the first ever meeting between the two players on the tour, hence the head to head stands at 0-0.

Jaume Munar was the runner-up at the Marbella Challenger, which has prepared him well for the ongoing tournament. Ivashka on the other hand is coming directly from a hard surface which can be a little tricky against the in-form Spaniard who has had enough match practice on the clay for this season.

Since the start of last year, Munar has a record of 38-15 on Clay whereas Ivashka has 5-5 which could be another factor for the Spaniard being the favourite for this quarter-final. But Ivashka has cleared his intensions with his previous performances and will not go down without a strong fight.