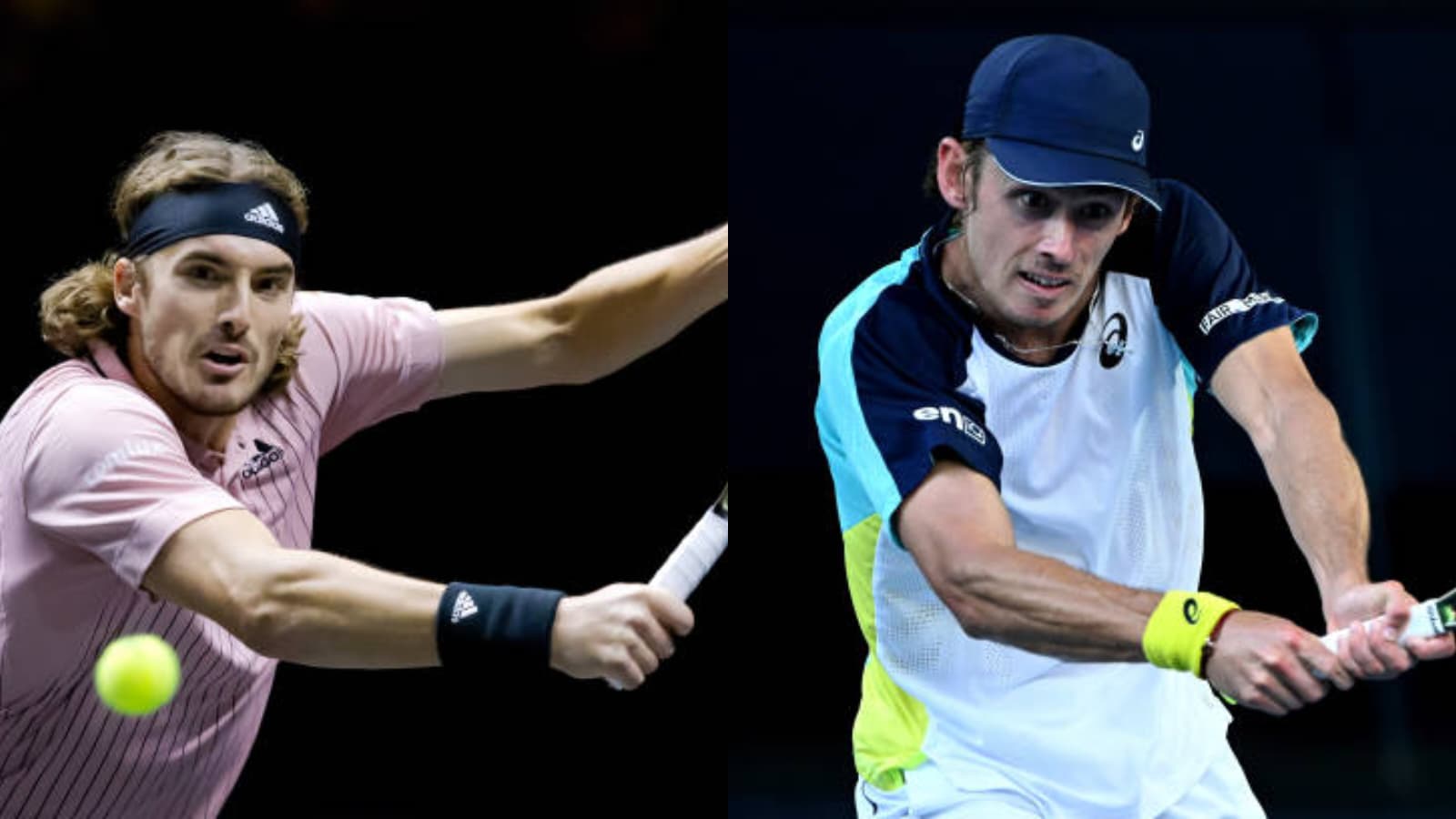 Greek star Stefanos Tsitsipas will be up against Alex de Minaur in the quarterfinal of the 2022 ABN AMRO World Tennis Tournament. Tsitsipas is ranked 4th in the world while De Minaur is the World No.34.

Top seed Stefanos Tsitsipas didn’t have the best start to the 2022 season as he had to deal with a recurring elbow injury. But the Greek bounced back at the Melbourne Park and made it to the semifinals for a second year running and eventually lost to Daniil Medvedev. In Rotterdam this week, he survived a stern test from Alejandro Davidovich Fokina in the first round before beating Ilya Ivaska in straight sets 6-4,6-1 to book a quarterfinal spot.

Alex de Minaur has had a good start to the 2022 season. He won a couple of solid matches at the ATP Cup where he notched up a win against Matteo Berrettini. He then made it to the fourth round of the Australian Open where he defeated the likes of Lorenzo Musetti and Pablo Andujar before losing to 11th seed Jannik Sinner. This week, he defeated David Goffin in the opening round and then beat Mackenzie McDonald in the Round of 16.

This will be the 7th meeting between the duo. Tsitsipas leads the H2H 6-0. They met at Indian Wells last year where Tsitsipas won in three tight sets.

Without a doubt, Tsitsipas will enter the match as a huge favorite. He has recent form to back his claim and has a 100% record against De Minaur. As for the Aussie, he will have to be absolutely spot-on on his serve as Tsitsipas will pounce on any opportunity he gets. Expect a good battle between two young stars with the Greek making it to the semifinals.