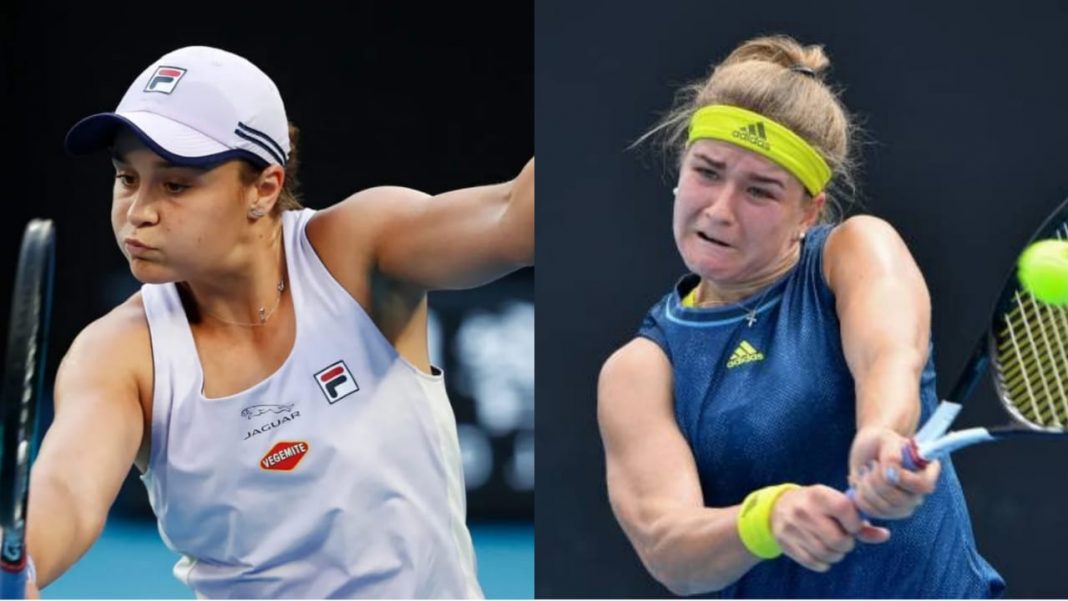 Ashleigh Barty the no.1 seed, the no.1 player in the world, the Aussie hope has had a wonderful Australian Open so far. Not only has she not dropped a set in any of her matches so far but also looked like a champion while dispatching off her opponents. Up next for Barty is Karolína Muchová. Muchová, seeded 24th for the event, had to overcome a number of higher ranked opponents to get to the Quarter Final stage of the Australian Open, and she has done it with aplomb.

Barty is a complete package on the tennis court. She has a powerful forehand, a great backhand slice and for somebody who is not very tall she has a fantastic serve too. In other words, she  has the complete  range of shots, and  the ability to choose her shots well. Against Rogers in the 4th round, she won quite comfortably 6-3 6-4. But, Barty is yet to face a top 20 seed so far, and this is something that can work against her. Karolína Muchová took out the 18th seed, Elise Mertens, in her 4th round and  It was a fairly comfortable victory. Muchová is athletic, powerful and has a great serve.

This will no doubt be the biggest test that Barty has faced at the Australian Open so far. Muchová has shown that she is a fierce competitor and will be tough to beat. But Barty has enough reserves to win this.

Also read: Australian Open 2021: Ashleigh Barty through to the quarterfinals after a straight-set victory over Shelby Rogers