World champion PV Sindhu is set to represent India at the much-awaited 2021 Tokyo Olympic Games. The Rio Olympics silver medalist is one of the top contenders from the Indian contingent to clinch yet another medal at the mega event.

Recently, Sindhu revealed her preparation plans for the Tokyo-bound tournament, scheduled from July 23 to August 8. The 25-year old mentioned that attack is her natural strong point because of her tall height. However, Sindhu added that she’s currently working hard to improve her defence as well.

“Attack is my strong point. The rivals know my game so I am working on my defence as well. I am tall, so my attack is good. I have to be prepared for all strokes, for everything,” Sindhu said at a virtual media interaction organized by the Sports Authority of India (SAI).

Recently, reigning Olympics champion and arch-rival Carolina Marin withdrew from the Tokyo Olympics due to injury concerns. But Sindhu reckoned that the tournament will not be a cakewalk in the absence of the Spanish shuttler as there are a lot of good players in the circuit.

“You can’t take it easy. There are a lot of good players in the circuit, from Tai Tzu-Ying to Ratchanok Intanon. It’s unfortunate that Carolina Marin won’t be a part of the Games. But, I feel everybody would give their 100 per cent. The thinking process of every player has changed since Rio. There are a lot of tricky players so we have to look out for them and everyone has different styles,” said Sindhu.

The Hyderabad-born is confident of surprising her opponents at Tokyo with her newly acquired skills. Sindhu also commented on her training stint under South Korea’s Park Tae Sang.

“It’s been a year and a half since I’m training with Park. He is working on my techniques and skills. We are practising and improving every day. I’m very thankful he’s motivating me all the time. As a coach, he knows what is going on in my head. He has helped me a lot in improving mentally and physically. Experience-wise also I’ve improved a lot,” the world number 7 concluded.

Also Read | ‘It’s always been our dream to play in the Paralympics,’ say Palak Kohli and Parul Parmar 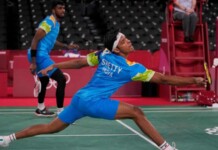 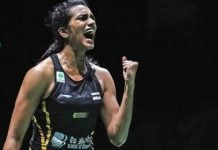 Badminton at Tokyo Olympics 2020: PV Sindhu kicks off her campaign with an emphatic win over Ksenia Polikarpova 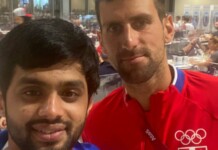 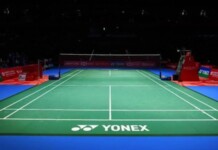 2026 Badminton Championships will be Hosted in India