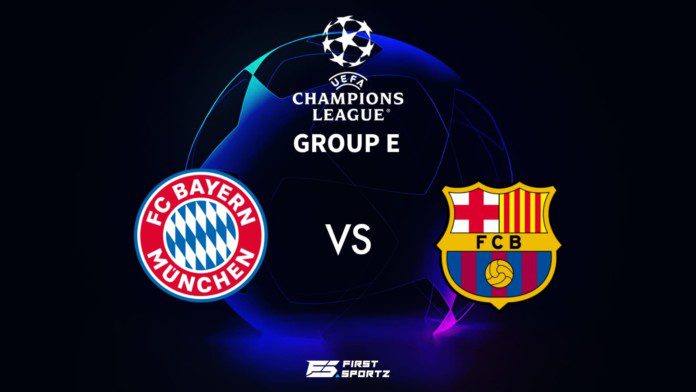 Bayern Munich vs Barcelona: Bayern Munich squared off against Barcelona at the Allianz Arena in the ongoing edition of the Champions League

Goals from Thomas Muller, Leroy Sane, and Jamal Musiala inked a really dark chapter in Barcelona’s history book. The Spanish club will now drop down to the Europa League after finishing third in the group following their 3-0 loss today and Benfica winning against Dynamo Kyiv.

Let’s take a look at the player ratings for Bayern Munich vs Barcelona match:-

Manuel Neuer (8/10): Neur might as well could have taken a nap and still would have maintained the clean sheet. Apart from a couple of half-chances, the German didn’t have anything to do.

Benjamin Pavard (7/10): A comfortable evening for Pavard. It looked like he was instructed to stay back and hence could not see much of him going forward.

Niklas Sule (7/10):  Didn’t have much defending to do. However, when called upon, did his job.

Dayot Upamecano (8/10): Similar evening to Sule but was more adventurous with his passing.

Alphonso Davies (8/10): Was a dangerous customer throughout the game. His assist to Musiala raised some eyebrows as it looked like the ball had already gone out of play.

Corentin Tolisso (6/10): Probably the only passenger for Bayern Munich in the first half. Played some really sloppy balls from the deep.

Jamal Musiała (8/10): Didn’t have much of the ball to really affect the game in possession.

Kingsley Coman (8/10): Was a lively presence on the left. Managed to create a couple of openings with his tricky feet and pace.

Thomas Muller (8/10): Started the proceedings with a fairly scrappy goal. Apart from the goal, a classic Muller performance, dropping in, running in behind, and linking up.

Leroy Sane (8/10): The German who was struggling to get a foot in the game, picked up the ball in the center and smashed it in from outside the box. Horrible miss in the second half to put Bayern 3 up.

Robert Lewandowski (7/10): Not the usual goal-fest for Lewandowski, something which became a norm in the previous few fixtures against Barca.

Marc Roca (7/10): Didn’t try to do anything fancy contrary to Tolisso. Kept things simple and went ahead with it.

Malik Tillman (8/10): Managed to make a real impact after coming on in the second half. Played a really beautiful through ball between which Sane failed to convert.

Bouna Sarr (7/10): Sarr created a couple of half chances after coming on. Almost maintained the tempo set by Coman on that side.

Omar Richards (4/10): Came on with aggressive intent. However, that saw him get booked early for a nasty challenge.

Ter Stegen (4/10): Started the game with a sloppy pass which resulted in Busquets going into the book. Should’ve kept out the Leroy Sane strike.

Ronald Araujo (4/10): Struggled all game to deal with Alphonso Davies. Davies managed to get behind Araujo almost every time he tried.

Gerard Pique (3/10): His positioning was all wrong for the third goal. Was decent playing out from the back.

Clément Lenglet (3/10): Was all over the place for the first goal. The Frenchman was even poor with his passing.

Jordi Alba (5/10): Standard five for Jordi Alba. The Spaniard was taken off early in the first half due to an injury.

Sergio Busquets (5/10):  A really average performance from the Barca captain. Busquets struggled to get the hold of the game and give his team an assurance in the middle.

Gavi (5/10): The best of the bad bunch for Barca. Was pressing and passing between the lines from minute one.

Frenkie de Jong (5/10): A lackluster display from the midfielder who would’ve wanted to impress the new manager. Was taken off in the second half.

Sergino Dest (5/10): Was deployed as a wide winger on the right. Couldn’t produce anything meaningful and was taken off at the interval.

Memphis Depay (5/10): Was a ghost throughout the game. Since the supply was limited, Depay looked somewhat disinterested.

Ousmane Dembele (610): A really disappointing night for Dembele. Considering Xavi spoke so highly of him during the build-up, the Frenchman failed to live up to those expectations.

Óscar Mingueza (3/10): Had enough minutes to prove himself after coming on in the first half. However, was bullied constantly by Bayern’s wingers.

Nico González (4/10): Had one keepass. However, did not affect the Bayern Munich vs Barcelona game in any capacity.

Also Read: UEFA Champions League: Benfica vs Dynamo Kyiv Player Ratings as Benfica qualify for the Knockouts with a win 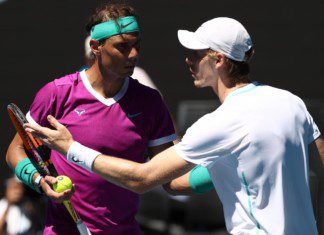