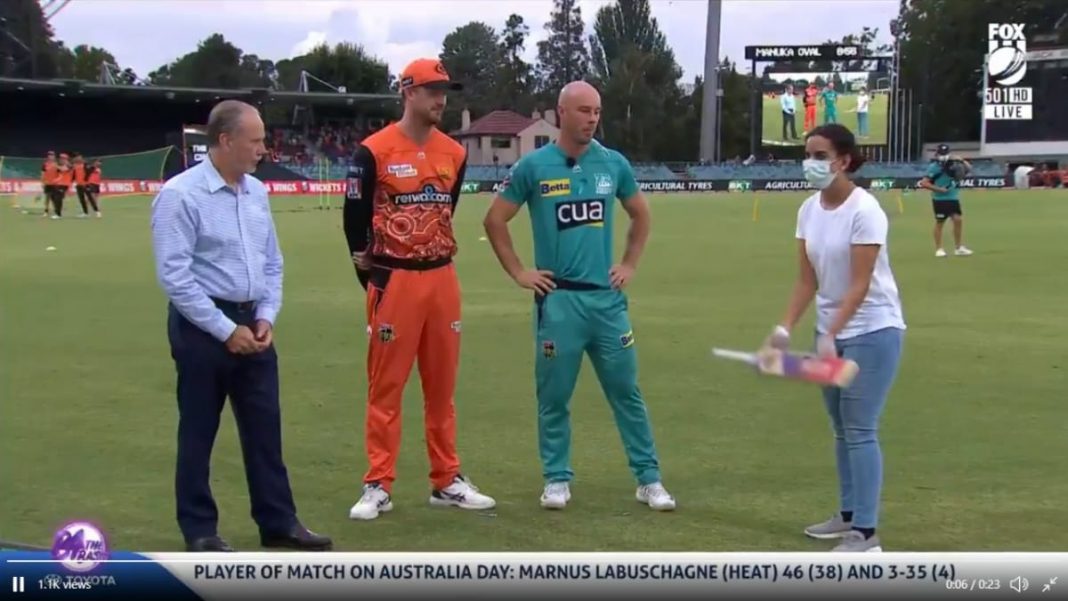 As the Big Bash League (BBL) 2020-21 has almost reached its business end, the ecstasy is intact, not only in the matches but also during the toss session.

In the second last match of the league, the semi-final between Perth Scorchers (PRS) and Brisbane Heat (BRH) for that matter, a hilarious incident happened during the toss time

Unlike other games where a coin decides the toss, BBL twists the bat in the air to determine the teams’ preference of bowling or batting. However, a funny thing happened during the toss itself.

The swift bat landed on the side, making the toss undecided. On a reattempt, a similar incident happened of bat landing on the side, leaving the players and referee in shrieks of laughter.

However, thereafter Brisbane Heat won the toss and chose to bowl at Manuka Oval, Canberra. The winning team of this match will face Sydney Sixers in the finals on February 6.