‘Rumble’ Johnson has faced many of the top contenders in his UFC career such as Daniel Cormier, Glover Teixeira, Alexander Gustafsson, and many others but he believes he has never faced someone like Yoel Romero.

Talking about this on Bellator 258 media day, Anthony Johnson says, “Besides some of my training partners, yeah, I give Yoel that title, that I can think of right now, Yoel is the most dangerous fighters I’ve actually faced, I think.”

He continued, “That’s the only human being that’s been on my mind for feels like forever. Mad props to those guys making it to the semis but they’re not my focus. My focus is Yoel. I’ve got to get past that monster before I can face the other monsters.”

There was a time when Anthony Johnson was chasing Jon Jones to fight him but now he left that long ago and he is focused on the level of competition that is lying ahead of him in the Bellator Grand Prix.

‘Rumble’ Johnson added, “It’s still high. The competition is still high, Of course, it was a bummer I didn’t get to fight Jon but the past is the past. I haven’t thought about it anymore. The only people that bring it up are the fans and the media.” {H/T MMA Fighting}

He concluded, “But you know what, I feel I’m fighting Jon Jones regardless. I’ve got to fight Yoel and everybody else in the weight class is right up there, too. I got my hands full. Jon Jones is not even on my radar, hasn’t been for years. Now it’s all about Bellator.” {H/T MMA Fighting}

“I am so excited to fight in the fastest growing sport in the world,” Rachael Ostovich signs with Bare-knuckle FC. 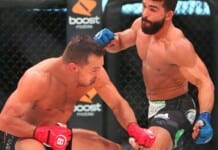 “The baby is already walking and saying his first words, Daddy is happy for you,” Patricio Freire takes a jab at Michael Chandler ahead... 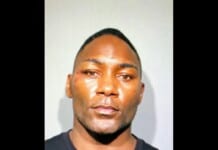 Anthony Johnson arrested for identity theft after his Bellator 258 win 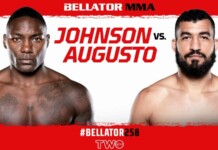 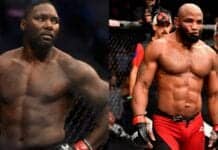 “Frustration, man – I had so much frustration,” Anthony Johnson reveals the emotions he felt when Yoel Romero pulled out from their fight