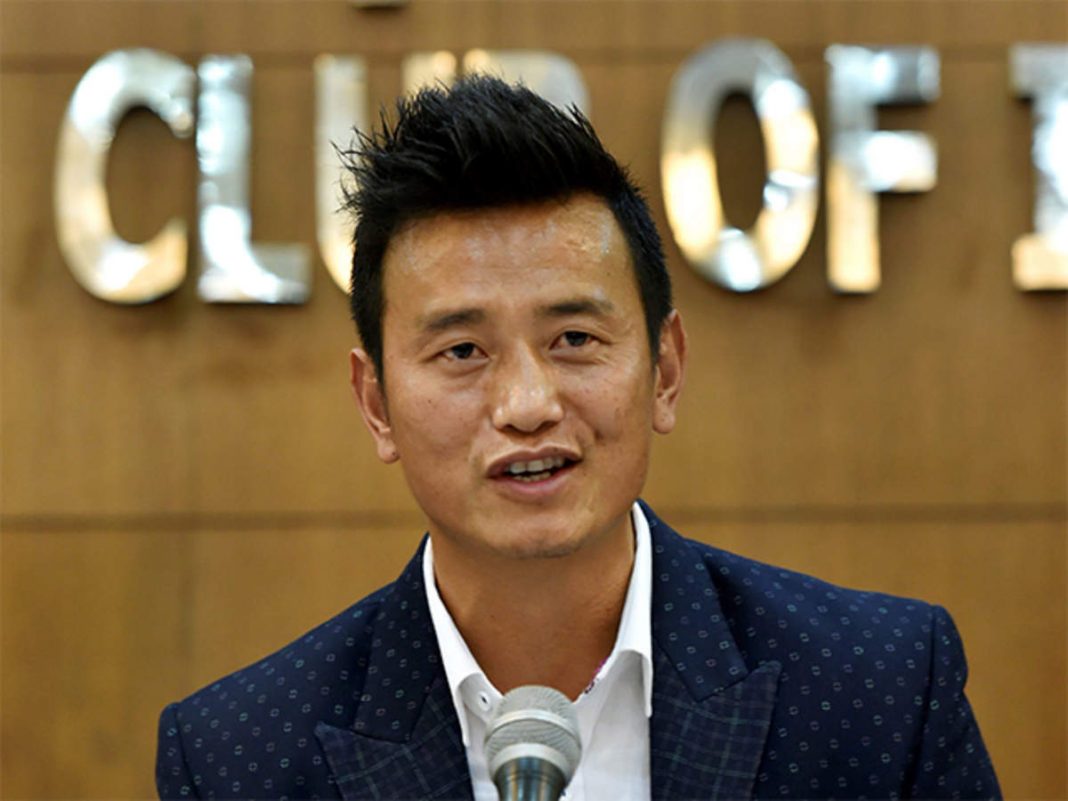 The iconic leader and captain of the National Team , Bhaichung Bhutia, emphasized that Indian players ought to seek their trade internationally. Bhutia implying that playing overseas is like a roll of the dice that the players should take.

Bhaichung Bhutia in a live chat with AIFF TV told:

“I would suggest young players in India to take a gamble and play for a club abroad. You will need to make sacrifices and it may not pay as well as what a top player in India earns. However, once you reach the age of 25-26 years then you can look into the financial aspect.”

“I agree with what Venkatesh said (in an earlier chat with AIFF TV). Our players don’t have to play in the top European leagues. They can play in Asian countries like China, Japan, Korea, Qatar, UAE or countries like Belgium, for example.” – Bhaichung emphasized.

Bhaichung Bhutia is the most iconic Indian footballer that become the first Indian to play for a European club, Bury FC from 1999-2002.

Bhutia went on to win three SAFF Championships and AFC Challenge Cup in 2008. He won Arjuna Award in 1998 and won the prestigious Padma Shri in 2008. The Asian Hall of Famer pointed out how playing overseas enabled him develop as a player and made him realize what professional football is all about.

Bhutia cited the example of Indian No 1 Gurpreet Singh Sandhu. Gurpreet is fifth Indian to play professionally in Europe succeeding Mohammed Salim, Baichung Bhutia, Sunil Chhetri and Subrata Pal. He is the first Indian to play in the UEFA Europa League.

“Playing abroad teaches you a lot. If not technical-wise, it certainly gives you an idea of what professional football is all about, and how the business of football works. As a player, you improve and learn. My experience with Bury FC was really good. It definitely made me aware of the kind of player I am and helped me improve myself.” – Bhutia said.

“Gurpreet is a good example. He had done really well playing in Norway and made great strides — even featuring in the Europa League. These clubs may not pay as well but it is a sacrifice you have to make. Gurpreet took the call to come back to India as they (Stabaek FC) weren’t paying him the amount that he would receive here in India.” – Bhaichung told.