While boxing heavyweight champion Oleksandr Usyk is back to his bread and butter of boxing, Vasiliy Lomachenko, another famous and legendary boxer out of Ukraine will stay intact in his birth nation till everything gets resolved between what is going between Ukraine itself and Russia as the world witnesses a war-torn situation in the country responsible for a number of legendary boxers.

Lomachenko, Usyk as well as the now-retired Klitschko brothers of boxing, all took arms as soon as it was declared by the Russian government, led by Russian President Vladimir Putin that they would invade Ukraine in response to recent hostile developments in the diplomacy of the contemporary world politics. The situation seems to witness some hope of cooling down as Ukraine and Russia are trying to get into talks. But in the peak of its hostility, the Klitschko brothers were one of many Ukrainians to be on Russia’s kill list.

In an interview with TMZ Sports, Egis Klimas, manager for Vasiliy Lomachenko and Oleksandr Usyk gave an update on talks for Usyk’s potentially next fight, a rematch with former heavyweight champion Anthony Joshua, as well as an update on Lomachenko’s safety and the position of the defence battalion he is enrolled into.

“He’s doing good he is in a safe place in Ukraine,” says Klimas “The place where he’s at it’s not a war zone… he’ll be there as long as the war is going on,” he concludes.

When do you expect the Ukraine-Russia situation to end? Who do you think would be the next fight for Lomachenko? As per Klimas, he got to know that once the current lightweight champion George Kambosos Jr. is done fighting with Davin Haney, he will fight Lomachenko to give his title shot, but Kambosos Jr. has to get past a very tough challenge in Haney in order for that to happen. 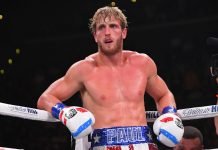 Monaco GP: Weather forecast for the seventh round of the season

“We would crush Kyrie if he was doing what Draymond is...

“They are Warriors without talent” Colin Cowherd highlights major issues with...

“No parent should ever go through this pain” Jayson Tatum breaks...

“It’s not a desirable job” JJ Reddick & Stephen A Smith...

“He is so bad” Entire Mavs bench troll Draymond Green after...