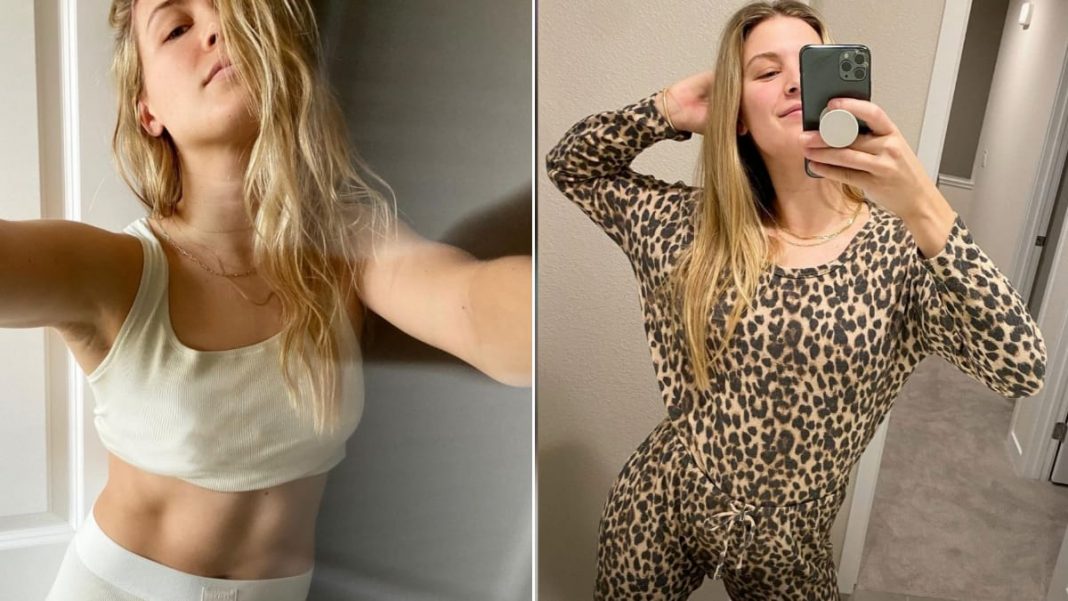 Former World No. 5 in women’s Tennis, Genie Bouchard has commented over social media stardom and career. She has said that although social media stardom has provided her a lot of opportunities, it has also had a side effect on her. She claimed that she is trying to “be more mature” now over her postings.

The Canadian has an Instagram following of 2.1M right now but her rankings have steadily dropped. She has slipped out of top 300.

But the drop in rankings has not affected her popularity as she can be still seen on the pages of glossy magazines like Sports Illustrated and Vogue. Bouchard has now started her comeback after the pandemic and recorded an impressive straight-sets win at the Prague Open against Veronika Kudermetova.

In an interview with tennis.com in their podcast, said, “One-hundred percent [it has helped with sponsorship].”

“The number one question brands ask is, ‘what’s the following?’ It’s all about that… It’s a way of valuing people, I guess, which is superficial in a way, we’re all human, but it’s a way to put a number on people. I’ve been through the whole spectrum of people loving you. When everything’s going great, people love you. When everything’s going bad, people hate you. I’ve been through that wave so many times. It just sucks. People think social media is an exact representation of your day when it’s not.” Bouchard said.

“I can go running for eight hours then go to dinner and post a selfie and people think I just went to dinner. People need to realize it’s only what people choose to show, that’s what’s out there. I went through the whole spectrum of wanting to post, not wanting to post, being scared, being like, ‘eff all of you guys, I’m going to still live my life.’I just don’t even care anymore, it’s just exhausting. I don’t value the opinions of people out there who are just out there judging what I put out there.’ 26-year-old Bouchard added.

She has further admitted that she is now trying to act more mature with the posts she uploads. But she dismissed the speculations that working with Sports Illustrated had affected her tennis career.

“I really try to refrain from posting bikini pictures. I really do. I’m trying my best. Apparently, if you post that it means you don’t play tennis or something. It’s influenced a little bit how I act. Maybe I’m just getting more mature and I’m like, ‘Look, I’m not going to post butt pictures every day.” Bouchard further said.

“Tennis is what led me to all these opportunities… of course I’m a tennis player first and foremost, but it opened other doors.” Bouchard added.

Reportedly, a movie will be based on her famous ‘Twitter date’. The date was on a social media bet during the 2017 Super Bowl. After her match ended, she had went out on a date with her fan John Goehrke.

Both have met after that and remained friends but Bouchard claimed that it had caused problems for the both. “That infamous moment in my life when I tweeted when I shouldn’t have just turned into this whole thing.” said Bouchard.

“I’m in touch with him casually. Sometimes he plays hard to get and I’m like, ‘Bro, we’re friends, text me back, it’s OK’. We’ve hung out a bunch of times. I think he has a girlfriend now though, maybe that’s why he doesn’t text me back.” Bouchard said.

“All his girlfriends literally hate me. We’ve talked about it so much. Every girl that he ever hangs out with is like, ‘Why would you want to hang out with me when you hung out with Genie?’ I’m ruining his dating life. It’s so sad. We hang out once a year. I’m not a threat, relax.” she adds.

“It caused problems at the time I had a boyfriend, it caused problems as well. Honestly, we were a disaster for each other’s dating lives, it was so bad. People see articles and you get jealous and you wonder, ‘Oh my god, is that real? Is it not? Is it still a thing? Is it not?’ I could see how girls would be jealous, and guys in my life as well. It was tough. We were problematic for each other” Bouchard concluded.

Also Read Eugenie Bouchard has raised $85k from ‘All In Challenge’: Reports