Former India cricketer Virender Sehwag has expressed his utter disappointment with Manish Pandey‘s performance during the limited-overs series against Sri Lanka. He stated that the Karnataka batsman has lost a golden opportunity for cementing his place in the regular national side in white-ball cricket.

The 31-year-old got good starts in all three One Day International (ODI) matches but could not convert them into big knocks. He scored 74 runs in three innings at a poor average of 24.67 with the highest score of 37. He is now unlikely to get a chance in the Twenty20 International (T20I) games as the Shikhar Dhawan-led side already has plenty of options available with them.

Sehwag reckoned that apart from Pandey, Hardik Pandya also disappointed him with a below-par performance against the island nation. Pandya had a poor run with both bat and ball in Sri Lanka and will now look to make a comeback in the shortest format.

“Here was an opportunity for Manish Pandey and even Hardik Pandya for that matter. Both had scored some 15-20 runs so they disappointed me more. In this three-match series, if anyone got the most benefit, it was Pandey. He played all three matches and got the chance to bat, and on all three occasions, the situation wasn’t challenging either, that he had to accelerate,” Sehwag said while speaking to Cricbuzz.

“Manish Pandey has fallen behind in the pecking order”

The cricketer-turned-commentator highlighted that Manish Pandey has declined in the pecking order for the national squad in limited-overs cricket. He mentioned that players like Suryakumar Yadav and Ishan Kishan did well to be considered ahead of Pandey.

“So, I believe Pandey has disappointed me the most. Perhaps he may no longer get a chance in ODIs for India, and even if he does, it is going to be a long time. Since he lost the opportunity to score in these three matches, he’s fallen behind in the pecking order. Suryakumar Yadav and Ishan Kishan have scored runs so these two will be considered ahead of him in the middle order,” he signed off.

Also Read | IND vs SL: “We will definitely go in with our best XI first” – Shikhar Dhawan ahead of T20I series 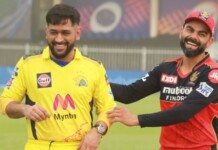