Monty Panesar, the former English cricketer prefers the remainder of the rescheduled IPL 2021 to be held in UAE rather than in England as the latter experiences frequent rains which may ‘spoil the fun’.

IPL 2021, the prestigious Indian cricket tournament conducted by BCCI was scheduled to take place between April 9 to May 30, 2021. But the second wave of the novel coronavirus in India halted the league as numerous players from several camps contracted COVID-19 and the Indian cricket board couldn’t risk the health and safety of the players by further conducting the tournament and declared for a postponement on May 4, 2021, with just 29 out of the total 60 matches held.

The remainder of IPL 2021 can’t be held in India due to the severity of COVID-19 and the Indian Cricket Board is looking for overseas cricketing countries to host the remainder of IPL-2021. The cricket fraternity was in talks for hosting the second phase of IPL-2021 in England as the Indian contingent will already be spending a period of 4 months in the country to play the WTC finals and India tour of England Test series.

“Too many intervals will spoil the fun,“ says Monty Panesar

But Panesar, the former left arm spinner had made his opinion in regard to the choice of England being the host for the second phase of IPL-2021. “IPL shouldn’t be held in England in September because it will rain a lot there. Too many intervals will spoil the fun,” he told Sportsyaari as quoted by News 18.

He further said that in case of India not able to control the pandemic situation, they can opt for United Arab Emirates. It is to be noted that UAE was the host for the IPL 2020 as there were strict regulations imposed in India amidst arrival of COVID-19 pandemic.

“If India are not able to control the pandemic, it should be held in UAE because weather conditions play a huge factor,” said the 39 year old English cricketer.

“When it rains in England, it plays spoilsport. You will see a T20 match get reduced to 15 overs and then 10 overs. We don’t want that to happen with IPL because the brand will take a hit,” added Panesar.

“The biggest thing in favour of IPL is that there are completed games in it. There is a lot of excitement in IPL games between 15th and 20th overs as that phase is pretty high-scoring. Authorities should take weather into account while deciding fixtures. Weather in UAE is great,” said Panesar.

Panesar is known for his significant performance in England winning the Test series in India 2-1 in 2012-13. Meanwhile BCCI has been making requests to the English cricket board to advance the England test series by a period of one week but it is unlikely to be accepted by the England and Wales Cricket Board (ECB). So India can look into the option of UAE to host the second phase of IPL-2021 with a month-long gap between India’s series in England and the T20 World Cup. UAE was found to be safe and secure from the COVID-19 Pandemic and IPL 2020 is a testament to this. 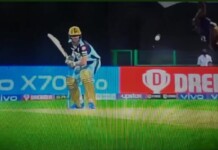