The Indian Premier League (IPL) 2022 is set to be a 10-team affair with the arrival of franchises of Lucknow and Ahmedabad. The RPS Goenka group bagged the Lucknow-based team for its highest bid at a whopping amount of ₹7,090 crores.

There have been several media reports doing rounds on social media claiming that the Lucknow-based franchise has contacted India opening batter, KL Rahul, ahead of the retentions. If this turns out to be true, it will be a vital addition for the upcoming team as the right-hander is one of the most consistent white-ball batters in modern-day cricket.

Apart from Rahul, Afghan spinner Rashid Khan was also reportedly contacted by the newly-formed team. The youngster left the Sunrisers Hyderabad (SRH) as they weren’t ready to retain him as the first choice player. Khan has been one of the best bowlers in IPL history and will attract huge bucks ahead of the forthcoming edition.

Lucknow’s team will surely look to add some local flavour to their side in the form of players belonging to the state of Uttar Pradesh. One of the greatest players to ever play from this North India state, Suresh Raina might turn out to be a useful buy after being released by Chennai Super Kings (CSK).

Another great player from UP who is actively associated with the Indian team, Bhuvneshwar Kumar can also be bought by the Goenka Group’s franchise. The speedster comes in with tons of experience in the limited-overs format which might turn out to be a valuable addition to his team’s think tank.

England all-rounder Ben Stokes has also been released by Rajasthan Royals (RR) ahead of the IPL 2022 mega auction. Lucknow’s side might grab the services of the Englishman while looking at the scarcity of genuine fast-bowling all-rounders in international cricket. Interestingly, he has previously worked with the same owners during his stint at Rising Pune Supergiants in 2016 and 2017.

Also Read | Twitter Rewind: Here are some of the most popular cricket-related tweets in 2021 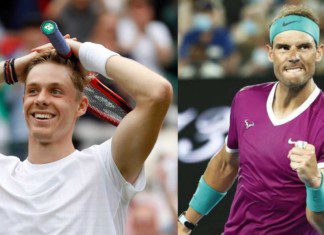 Nirmit Mehta - January 23, 2022
Alexander Zverev was defeated in the fourth round of Australian Open 2022 by the Canadian, Denis Shapovalov in straight sets, The result was potentially...