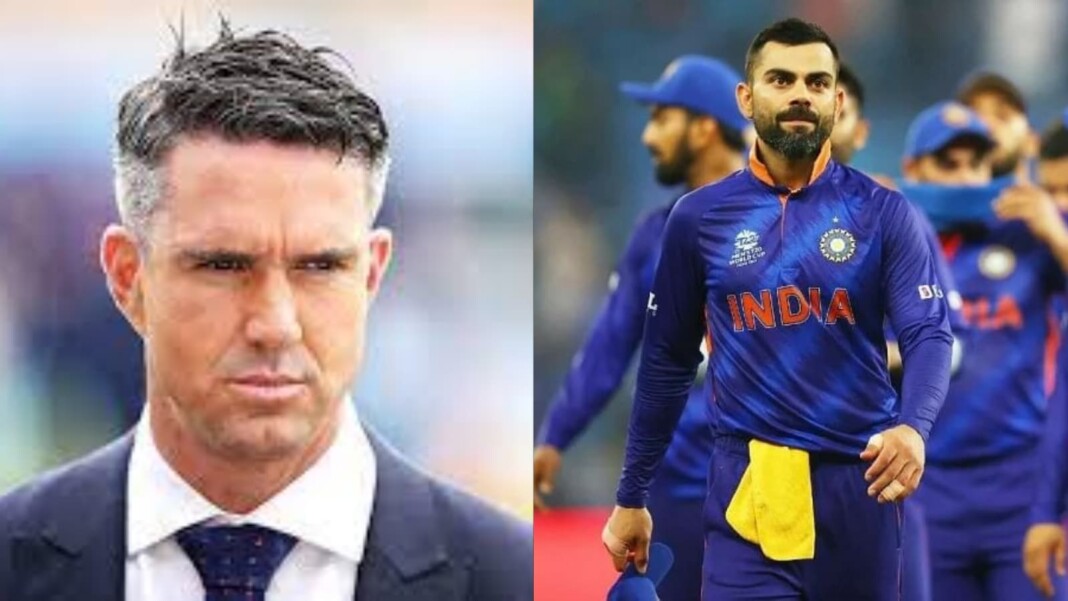 The 2021 edition of the ICC Men’s T20 World Cup saw India starting as the overwhelming favorite. Virat Kohli & Men made it to the top four of the predictions dished out by all the cricket pundits and analysts. However, India has shocked the entire cricket fraternity with their performance on the field.

The Men in Blue have made the task of reaching the playoffs difficult for themselves by registering two back-to-back defeats. India lost their first game to Pakistan by ten wickets and followed it up with another defeat against New Zealand by eight wickets. With no victory under their belt, India are placed at the second-last place in the Super 12 Group 2 points table.

The below-average performance delivered by the Indian team has resulted in the hosts getting subjected to a lot of trolling and hate. Not only the fans but many cricket pundits and veteran players have come harshly on the Men in Blue. Amidst all the trolling and criticism, former England skipper Kevin Pietersen extended his support to Virat Kohli & Co.

The legendary cricketer took to his social media to remind people that there will always be a winner and loser in the match. The Englishman further added that fans need to understand that players are not robots. He sided with the Indian team saying that it is the greatest honor for all the players to represent their country in a global event and no person will ever lose a match wantedly.

“(There is a winner and a loser in the game. No player goes out to lose. It is the greatest honor to represent your country. Please realize that the people in the game are not robots and they need support at all times),” tweeted KP.

India is next scheduled to play against Namibia, Scotland, and Afghanistan in the T20 World Cup 2021.