The Aussies will finish the remaining Test series against South Africa before touring India for a four-match Test series, followed by the Ashes. 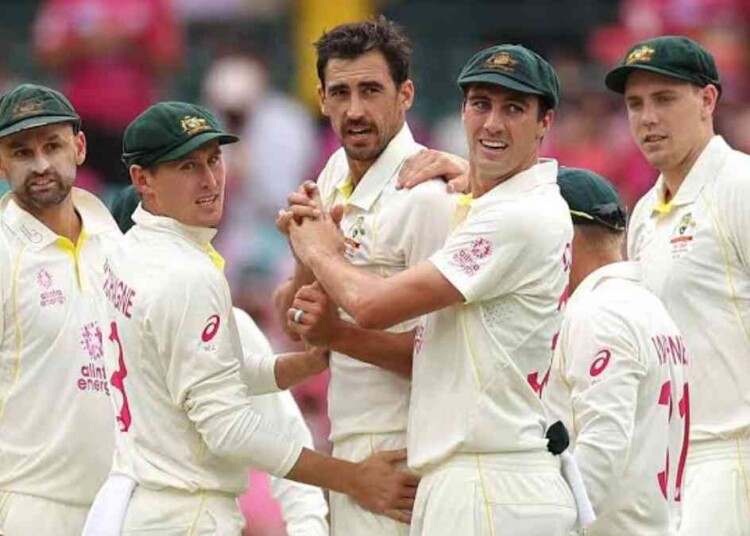 The new year began with another hectic schedule for the Australian cricket team. Pat Cummins and Co. will be spending more time in India as a total of three bilateral series will be played between the two countries. There’s an away Ashes series and the ODI World Cup in India.

After wrapping up the third and final Test against South Africa at home, the Aussies will be touring most of the time this year. Their first assignment will be against India. Also, the Ashes series will finish early as England has The Hundred tournament in August and cleared international cricket from the month.

The Future Tour Program, which was released in August last year, laid down the schedules for every international match until 2027. The Aussies will finish the remaining Test series against South Africa before touring India for a four-match Test series, followed by England’s ‘Bazball‘ in the Ashes.

But before the Ashes, Cummin‘s team will be most probably competing against India as the former stands at the top of the World Test Championship points table. So here’s the detailed list of the fixtures that the Aussies are looking forward to in 2023.

The schedule is yet to be announced.

It is expected that India and Australia will play the WTC final. Australia are at the top of the points table, followed by India.

The two teams will play five ODIs and three T20Is. The schedule has not been announced yet.

Australia will be playing a three-match ODI series to prepare for the 2023 ODI World Cup in India.

ODI World Cup in India will take place in the October-November month.

The schedule is not announced yet. But this will be for the third time Australia will visit India this year. They will play five T20Is.

The two teams will play three Tests in Pakistan