Bracewell’s 140 off 78 balls quickfire was laced with 12 fours and 10 maximums, at an impressive strike rate of 179.49. It was also his second hundred in ODIs. 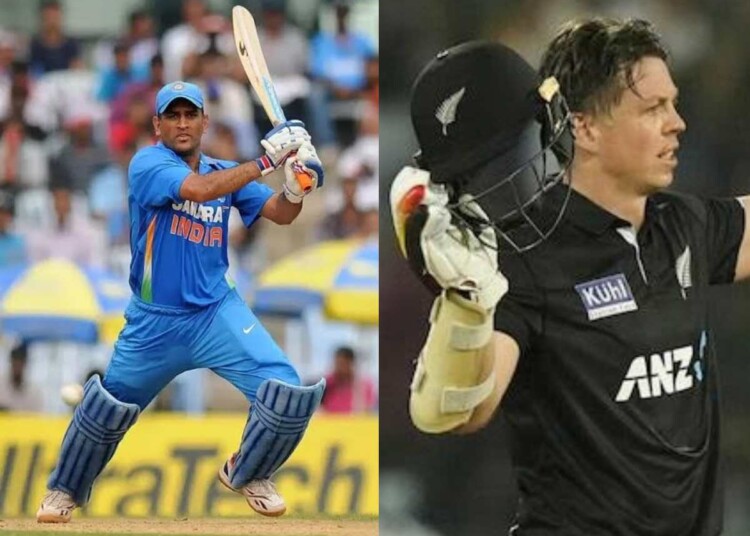 New Zealand’s Michael Bracewell’s stunning knock almost snatched India a victory in the first ODI, played on Wednesday (January 18) at the Rajiv Gandhi International Stadium in Hyderabad. Chasing 350, the Kiwis were tethering at 131/6 when Bracewell’s quickfire steered his team’s score toward the total.

Bracewell and Mitchell Santner stitched a 162-run stand for the seventh wicket. After Santner’s wicket, the Kiwis were at 293/7 in 45.4 overs, all they needed was to save the wickets from falling.

Only 20 runs were needed in the last over, and Bracewell smacked Shardul Thakur for a six on the first ball. After a wide delivery, Thakur trapped Bracewell for lbw with a yorker as India won the match by 12 runs. Bracewell’s 140 off 78 balls quickfire was laced with 12 fours and 10 maximums, at an impressive strike rate of 179.49. It was also his second hundred in ODIs. Following his century, Bracewell equaled the legendary MS Dhoni’s record of scoring more than one hundred from No. 7 or lower in ODIs.

The 31-year-old also became the joint-third-highest run-scorer at No.7 or lower in ODIs. He is behind compatriot Luke Ronchi (170*) and Australia’s Marcus Stoinis (146*).

Meanwhile, in the first ODI, India decided to bat first after winning the toss. Shubman Gill starred with his willow by slamming a double century, becoming the seventh international and the fifth Indian cricketer to do so. Before him, Sachin Tendulkar, Virender Sehwag, Chris Gayle, Martin Guptill, Rohit Sharma, and Ishan Kishan achieved the special feat.

Gill’s 208-run knock helped India reach 349/8 in 50 overs. Later, Mohammed Siraj, who was also playing his maiden game at home ground in Hyderabad, shone with the ball with a four-fer.

“Actually I can do another trip there,” ageless and hungry Jimmy Anderson eyes another Ashes in 2025-2026