Venkatesh Prasad was left fuming over dropping Kishan and said it would have been fair to give chance to Kishan who scored a double hundred in India’s last ODI match against Bangladesh. 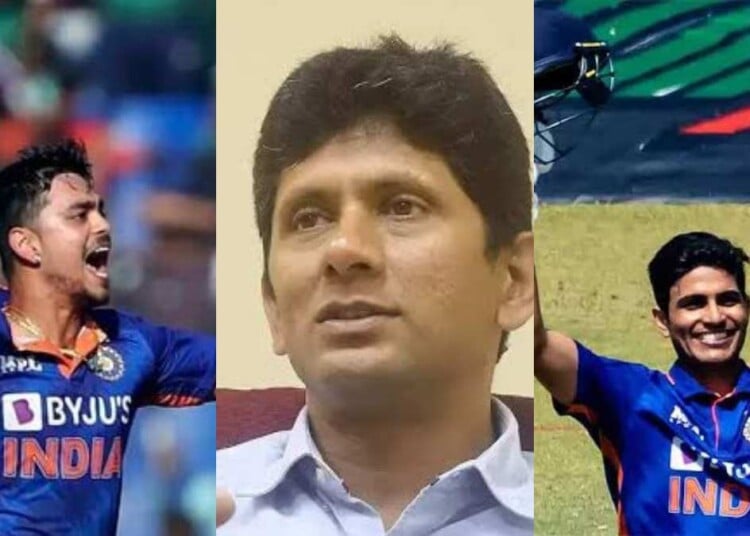 Former India cricketer Venkatesh Prasad expressed his disappointment with the Indian cricket team’s management for dropping Ishan Kishan in the first ODI against Sri Lanka. Kishan slammed his maiden ODI double-century in India’s last ODI match against Bangladesh. Doing so, he became the youngest cricketer to reach the milestone.

India are set to play three-match ODI series against Sri Lanka, with the first match to be played on Tuesday (January 10) at the Barsapara Cricket Stadium in Guwahati. But just a day before the match, Rohit Sharma said in the press conference that he chose Shubman Gill over Kishan to open the innings alongside him.

Rohit wants to give Gill a chance because, in the last games, Gill scored a lot of runs. But he also wants to keep Kishan in the mix to see how things pan out for them as they play a lot of games ahead.

Venkatesh Prasad was left fuming over dropping Kishan and said it would have been fair to give chance to Kishan who scored a double hundred in India’s last ODI match against Bangladesh. Prasad believes Gill has all the time in the world but someone who has slammed a double ton shouldn’t be dropped.

He further stated that if the team wants to play Gill in the ODI, he should be given the no.3 position to bat and that Kishan should open the innings alongside Rohit Sharma. “Let Kishan keep wickets instead of KL Rahul.

“There is a reason we have underperformed in Limited overs cricket. Constant chopping and changing and a guy who does brilliantly and is an X factor is dropped and mediocrity retained.

“In Eng, Pant scored a hundred in the final ODI and helped India win the series. However, based on T20 form was dropped from ODI team. KL Rahul on the other hand, barring a couple of innings, has failed consistently but retains his place. Performance is not the foremost parameter. Sad,” Prasad wrote in his tweets.

Notably, Kishan had scored a double ton in the third and final match in Bangladesh. He smashed 24 boundaries and 10 maximums, scoring 210 off just 131 balls at a strike rate of 160.31. In that same match, Virat Kohli also reached his 72nd international ton. India posted 409/8 and won the match by 227 runs. However, they failed to secure the series as the host won it by 2-1.