New Zealand spin bowler Ajaz Patel has managed to script an iconic record during the ongoing second Test match against India. The 33-year-old went on to claim all 10 wickets in the first innings of the Mumbai Test on Saturday.

Notably, he is now only the third bowler in Test cricket to achieve this historic feat as Jim Laker (England) and Anil Kumble (India) were the two others ahead of him. Interestingly, Patel, who was born in Mumbai, has played a lot of cricket during his childhood days at the Wankhede Stadium before moving to New Zealand.

The left-arm orthodox bowler ended with four wickets on day one of the Test matches and successfully picked the remaining six on the following day. His last wicket came in the form of speedster Mohammed Siraj, who shaped up a mighty slog after getting down and the ball ballooned up towards the mid-on region off the top-edge where Rachin Ravindra completed a skier.

Here’s the full of Ajaz Patel picking his 10th scalp against India:

Team India all out for 325, Mayank Agarwal smashes 150

The Virat Kohli-led side opted to bat first after winning the toss on December 3. The opening pair of Mayank Agarwal and Shubman Gill went on to secure an 80-runs partnership, where the former went on to play a mammoth inning of 150 runs. The right-handed batter smashed 17 fours and 4 massive sixes in a span of over 311 deliveries.

All-rounder Axar Patel also registered a vital half-century while batting at number eight for the hosting team. However, the middle-order trio was not able to produce substantial knocks for their side. As a result, the ‘Asian Giants’ ended the innings with 325 runs on the board with things down to the bowlers now. 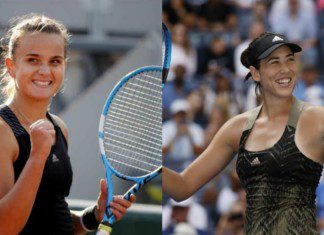