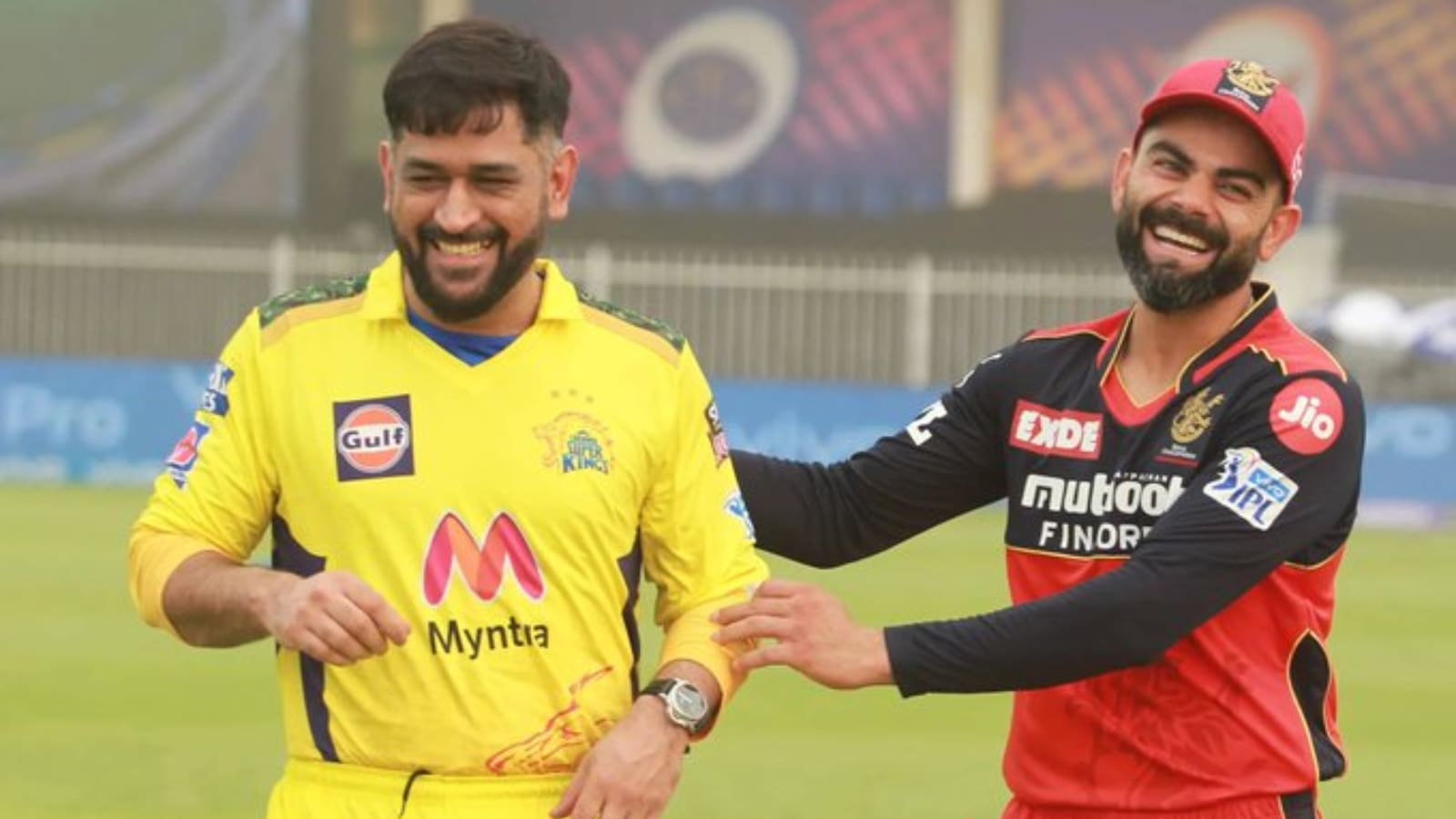 The bromance between two of India’s greatest cricketers of all time, MS Dhoni and Virat Kohli isn’t hidden from the outside world. The duo shares a tremendous camaraderie both on and off the field for a long time now. Another such moment was seen during the clash between Chennai Super Kings (CSK) and Royal Challengers Bangalore (RCB) in match 35 of the Indian Premier League (IPL) 2021.

After the match, RCB skipper Kohli went and hugged CSK captain Dhoni from behind when the latter was indulged in a conversation with some players and support staff members.

Here’s the video of Kohli’s heart-melting gesture in IPL 2021:

Ahead of the game as well, MS Dhoni and Virat Kohli seemed to have a very long discussion which grabbed the attention of fans and supporters of both sides. This took place when the toss was delayed due to a passing sandstorm in Sharjah.

Coming to the match, the Challengers posted a below-par total of 156/6 in their quota of 20 overs while batting first on Friday. RCB openers Kohli (53) and Devdutt Padikkal (70) played exceptionally well despite no support from the remaining players.

In reply, the Chennai-based franchise comfortably chased down the target inside the 19th over with six wickets in hand. Every CSK batter who was there at the crease was able to contribute decent runs on the board.

West Indies all-rounder Dwayne Bravo won the ‘Player of the Match’ award for his brilliant spell of 4-0-24-3 against a quality batting line-up.

With this win, Dhoni’s men climbed up to the pole position in the Points Table with seven victories in nine games. On the other hand, RCB still holds the third spot with five triumphs against its name.