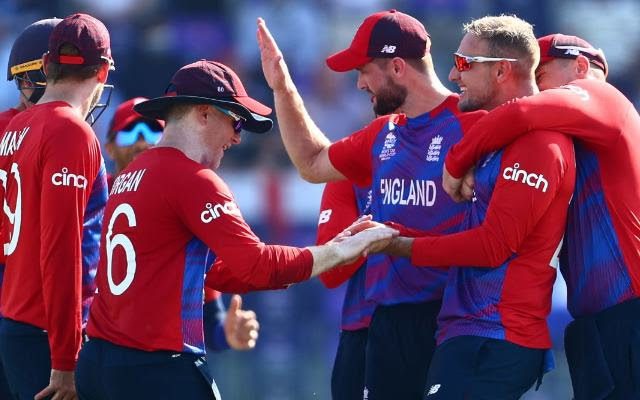 England are set to face off West Indies in the 1st match of the 5-Game T20I series. The WI vs ENG encounter will take place at the Kensington Oval in Bridgetown. The Caribbean boys are in a revamp phase. They were knocked out of the T20 World Cup prematurely and then lost terribly against Pakistan 3-0 last month. It’s important for them to remain patient at this moment and should take one game at a time. Skipper Kieron Pollard is back as captain for this series. Kyle Mayers might open along with Brandon King in the series opener.

It’s the first T20I assignment for England after the T20 World Cup, where they lost to New Zealand in the semi-finals. The Three Lions have an excellent record against West Indies. Liam Livingstone has mild symptoms of illness and will miss the first T20I, whereas Sam Billings had a long journey from Australia playing in the BBL. He might miss this match too.

The batters will definitely enjoy their outing in the middle and we have witnessed some excellent batting display in the tour game between England XI and BCA President’s XI. Having said that, the quicks will get more assistance out of the surface as well.

Wicketkeeper: Nicholas Pooran
Nicholas Pooran is a brilliant striker of the cricket ball who knows how to score runs in crunch moments. He is a game-changer and a must-pick for your fantasy teams.

Batter: Jason Roy
Jason Roy had a good tour game against BCA President’s XI, where he scored 115 runs from just 47 balls. Considering his phenomenal form, he is a good pick for your fantasy teams.

All-Rounder: Moeen Ali
Moeen Ali will bring more balance to the current English setup. He is someone who can go after the bowlers from the start and can also bowl 2-3 overs in no time without conceding enough runs. He has scored 529 runs and has also scalped 28 wickets in his T20I career.

Bowler: Akeal Hosein
Akeal Hosein has done a commendable job for West Indies in recent times. He is an economical bowler and a gun fielder too. In his 13 T20Is, he has picked up 7 wickets with the best figures of 2 for 24.

The Windies are coming at the back of a 2-1 ODI series defeat at the hands of Ireland, continuing on with their downward spiral since the T20 World Cup. Since their opponents are so vulnerable, England have the perfect opportunity to rack up a few wins away from home. As a result, England will be walking into the match as the favourites despite lacking the services of Liam Livingston.

Riddhi Mondal - May 17, 2022
Formula 1 has always been regarded as an elite sport, meant only for the rich and the wealthy in the princely states of Europe....