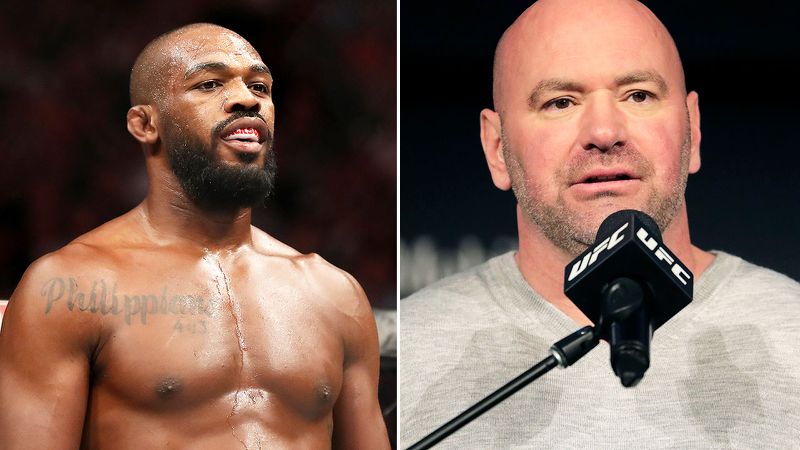 Jon Jones has been in a dispute with the UFC over his payment. He hasn’t fought since February at UFC 247, where he defeated Dominick Reyes by a controversial decision victory.

Jon Jones has been in a dispute of sorts with the UFC over his pay. He offered to fight Francis Ngannou at Heavyweight, but Dana White stated that he had an extremely high price.

Jon Jones stated that he won’t fight until he’s satisfied with what the UFC pays him and it could be a while before he’s needed.

Speaking to Barstool Sports, Dana White spoke about the Jon Jones situation (H/T BJPENN.com):
“You know as much as I know.

The last time he said he wasn’t fighting, so he isn’t fighting,” Dana White said. “We are feeling this thing out. When it is time for him to fight, we will see.”

When asked as to whether the UFC plans to strip Jon Jones of the Light Heavyweight Championship, Dana White simply said “Not as of yet”.

The possible return of Jon Jones:

If Jon Jones is returning and defending the Light Heavyweight Championship, the only realistic time to expect him in 2020 is this November for UFC 255 or December for UFC 256.

Until then, the headliners are all set. It seems like a good time for Jon Jones to return since he fought early on in 2020. Either way, we don’t expect the dispute to be settled anytime soon.

It seems like UFC is taking a “one event at a time” approach, especially given how 2020 has played out. In all likeliness, negotiating with Jon Jones hasn’t even been on the UFC’s priority.